Skip to content
Home » Blogs » Education: Innovation and STEM » The Importance of Real-World Application in Education

Maybe you’ve seen it as a meme or on a t-shirt on a random guy at the mall, it reads: 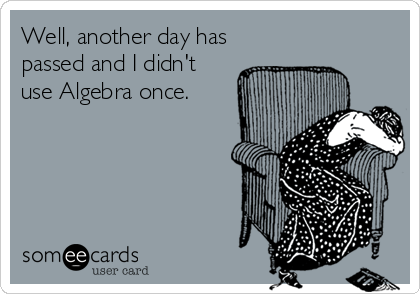 Whenever I see that, I always want to say, “You probably did use algebra, it’s just that in real-life, no one says, ‘Oh, now this is the part of the day where you have to solve an algebra problem.’”

Life isn’t broken down by subject. It’s not like, “I did math from 9-10 a.m. today, so I’m done with math until 9 a.m. tomorrow.” But too many people – from too early of an age – aren’t seeing (or in the case of kids, being shown) the real-world applications of what they’re learning in the classroom.

When I look back at learning math, I think about how little I understood as to what the point of it was. I often tell people that I run a math video game company, and to this day, no one has run into my office shouting multiplication equations at me to see how many I can do in a minute. Yet, that’s basically what I remember about learning multiplication – doing multiplication minute worksheets over and over.

Now, as an adult, I understand the purpose of this repetition is so that you have math fluency, to the point where you can process multiplication in your head as easily as conjugating verbs in conversation. That is, you don’t actually think to yourself, “The past form of walk is walked,” you just say, “I walked.” Ideally, with math, you get to a point where you don’t think, “OK, 4 x 7 is 4, 8, 12, 16…28,” you just think 4 x 7 and know it equals 28. But as a kid in grammar school, all I knew about multiplication was that it was a thing we had to learn for some obscure reason that no one ever fully explained to me.

Honestly, it went on like this for years – and as the years went on, I started to find math boring. I always did well it in, but I didn’t feel like it had anything to do with my real life. (My breaking point was Calculus, which honestly, I probably don’t use in my daily life.) I understood it was cumulative, and that each concept built upon the next, but I still didn’t get the point. I mean, why did it matter if I knew how to divide 1/2 by 1/4? So much time was spent on “you flip the second fraction and multiply,” but not much time was spent on when I might actually need to divide fractions. 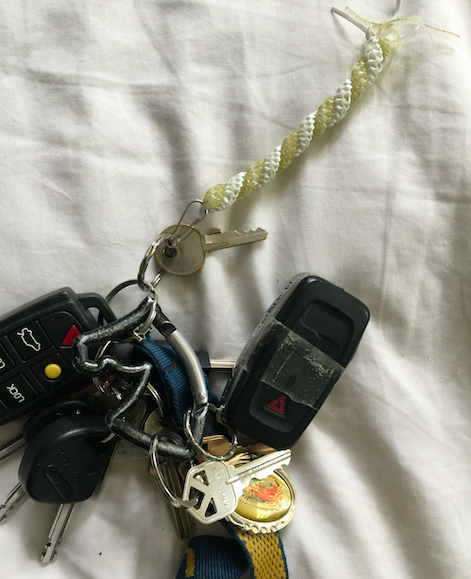 For example, my 9-year-old is in currently obsessed with making plastic lanyard keychains. Now, let’s say she, she has 1/2 a yard of string left and it takes 1/4 a yard of string to make a key chain. How many key chains can she make?  Dividing by fractions, she can figure out that the answer is 2.

Now, maybe this sounds like a completely random, non-applicable problem to you, but to her, it’s actually one she would be interested in being able to do to because, then way she won’t promise to make lanyards for three friends only to find out she doesn’t have enough string. (Also, if anyone is in the market for lanyard keychains, let me know!)

If lanyard keychains aren’t your thing, then maybe, say baking is. How many times have you wanted to make a 1/2 or a 1/4 of a recipe and then had to spend more time than you would have liked trying to calculate things like, “What’s 1/2 of 3/4 cut of sugar?” When that happens you probably wish you had paid more attention in math class. And sure, you can pull out a calculator and do that for every item in your recipe, which can take a half dozen or more calculations depending on what you’re making. Plus, you probably then need to first convert the fraction to a decimal (again, another time you’re likely wishing you’d paid more attention in math), then multiply, then convert back into fractions. And how many cups of sugar is .375 again? That’s my point. 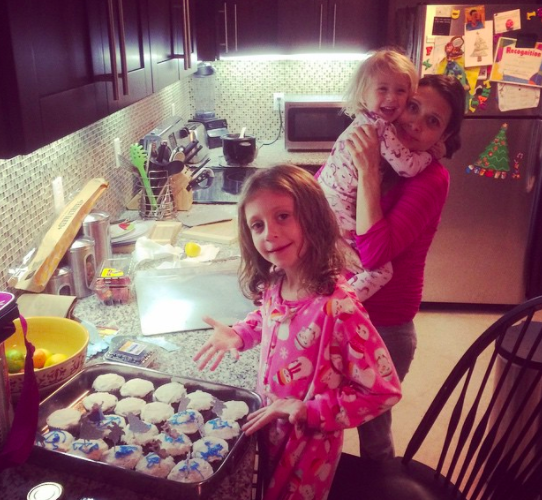 The problem is, too often, math isn’t taught with enough emphasis on application (and the same could be said for everything from grammar to foreign language to pretty much anything in between). Kids are being taught information or skill, without being provided the context to use it. And that makes a major difference.

Now there are lots of quality teachers out there who are working to explain “the point” of all this math to students. But there’s still a long way to go – and a lot of kids who still don’t understand why they’re learning all this math that they’ll “never” use. They’ll use it, just never in the way they’re using it in class.

If you’ve ever seen a concept click for a kid, that moment when the proverbial lightbulb goes off, you know it’s an incredible moment. Suddenly, they understand this new concept that they didn’t know before, their– and so often, that moment of understanding the how is intertwined with understanding the when they might actually use it and why.

At 7 Generation Games, we put content in context. Equations don’t just fall from the sky, but math challenges are central to game storylines – calculate the size of an invading army, bring back the right amount of medicine to stop a spreading epidemic. We’re making better math games so kids can better understand math. Help us make more when you back us on Kickstarter!