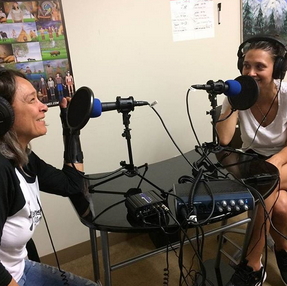 I’m usually the one that rants and swears on the More than Ordinary podcast, but one way to get Maria to call out the bull**** is to say,

“We don’t want to lower the bar just so we can fund more women-owned businesses.”

Let me tell you what it is like being a woman running a tech company.

Over and over, I read how female founders don’t get funding, and then I read another article about how women are just not aggressive enough, too family focused, not interested in tech and that’s why they aren’t as successful.

Three things are irritating as hell about this.

First of all, I am busting my ass every day trying to make these games better and this company better.

I have been programming so long I have used a key punch machine!

I’m certainly not alone. To all of those women who have been here, yes, ever since Fortran class in the 1970s, it’s a bit of a slap in the face to have people talking as if there are no women interested in programming, as if they don’t have the drive or the experience.

Secondly, it’s a self-fulfilling prophecy, when you constantly are telling women how much they suck, when you don’t give them a fraction of the same funding, when you act as if they are invisible and then say, “Look, they just aren’t cut out for this.” In fact, the women who succeed despite the lack of support, in fact, despite the constant disrespect and disregard, are some of the strongest, most resilient people you will ever meet.

The third thing that irritates me, Maria kind of mocks me about because she just considers everything on social media as the digital equivalent of hot air. Seriously, though, if every person who #womenintech or #diversityintech bewailed sexism or lack of opportunity or the latest asshole remark by some CEO actually went and backed a product with a female or diverse founder, that would go a long way toward leveling the playing field.

Personally, I’ve backed six products on Kickstarter. That’s not as many as some people, but it is just my own way of supporting the changes I want to see. It can’t always be up to someone else.

If you are interested in what we are doing with our latest product, Aztech Games, please check us out. 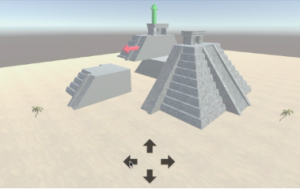 Rant off. Back to dinner and then back to work.

P.S. To all of the people who DID back us on Kickstarter. Thank you! You rock! I hope you love the games and the schools will, too.