As I watched the pitches at Twin Cities Startup Weekend EDU, I couldn’t help but notice all the teams radiated the excitement and enthusiasm of those new to entrepreneurship. It’s that combination of idealism and idea that gets all of us into the startup life.

I was really impressed by the #tcswedu pitches. I know from experience that it’s not easy to get up in front of a room full of people and pitch your idea, especially only 72 hours after conceiving the idea. The presentations were solid. When I heard there would be 11 of them, I settled in for a long evening, but they went quickly – which is the sign of good presenters and good ideas.

One thing that I also thought was great was that the judges asked lots of questions on business model. Having an understanding of how revenue will be generated is so important and something entrepreneurs should think about from idea conception. Not enough entrepreneurs do that – and I think the startup failure rate of 90+% shows that. 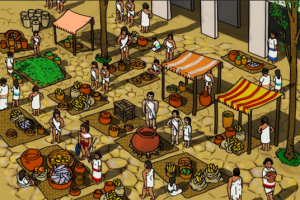 Getting people to buy your product is harder than you might expect.

That said, I also observed that the big source of income that almost everyone settled on was district licensing – even those who have significant backgrounds in education. That districts would be a target customer didn’t surprise me. Districts are largely where education spending is done, especially bigger sales. But – and again I type this with the recognition that these teams had less than three days to conceive a business model, so it’s not a criticism of them, but more of a reflection that I would want to impart on anyone looking to launch an edtech startup – district selling is a longer, much more difficult process than anyone seems to want to say. It is one that you likely don’t fully understand until you start really trying to get your product into classrooms.

This post is not intended to be negative or discouraging. I don’t want to take the shine off of the excitement of these budding/potential entrepreneurs. But I point this out because the reality is there are a lot of smart people working on creating new and better edtech – but the biggest challenge and the biggest thing that any company looking to revolutionize, or heck, even just improve, education, should go into this business with their eyes open is how to make money. It’s something that we at 7 Generation Games are starting to do – albeit not nearly as quickly as I want. And that’s because selling in the educational sector takes a lot of time and a lot of effort and then more time and effort that you expected, on top of creating a product.

And as I started to think about it further, the reality is even if you go away from the district level, it isn’t actually any easier. If you’re selling a game or a software product directly to consumers or institutions, there’s no simple way to generate sales – no matter whose model you think you will replicate and no matter how successful that other company was.

There is no easy revenue or funding source. Grant funding isn’t nearly as easy as people seem to believe it is to get. It is grueling and often boring and even if you write a great grant you might not get it funded – it’s not secret that statistically you’re way less likely to get a grant funded. For reference, the Department of Education’s IES arm that awards its small business awards funded about 7% of the proposals it received last year – making getting an IES grant as hard as getting into Princeton.

Crowdfunding is a time-consuming effort, where you feel like you’re bothering your friends and making almost no progresses most of the time and a well you can only go to a very finite number of times. Then there’s the more traditional angel and VC funding routes where everyone seems to act like there’s bajillions of dollars being thrown around, despite what you read on the Internet or where, it’s not like that. Investment fundraising is a grind where you get rejected a ton and told why basically no one will fund your idea (even if you’ve already received investment capital). 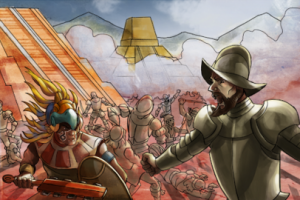 You will feel like you are battling for every dollar you make when you are working on a startup.

And I write this not because we haven’t been successful in any of those areas and I’m bitter – we’ve actually done well in every one of those columns. We’ve had school and district sales, with more in the pipeline. We’ve sold thousands of individual licenses. We’ve brought in hundreds of thousands of dollars in grants and investor funding and ran two successful Kickstarters.

I write this because I just want to let fellow entrepreneurs know that it’s hard. It’s really hard. And that if you’re finding it way hard to bring in money than you think it is for everyone else, you’re not alone. Almost everyone else working on startups is going through the same thing and feeling the same way. If you’re being told there’s all this money out there, ignore whoever is saying that. They’re clueless.

The money part is probably the hardest part. It’s the most frustrating and the most important – because if you can’t keep the lights on or afford server space or pay staff, well, you’re likely going to find yourself among the 90% in the startup graveyard. (To be fair, it’s also a pretty awesome part when you get a check that you can put into the company bank account – so there’s a positive side as well.) But one of the big things – of course, not the only thing – that can make or break a startup is having a realistic understanding of the financial/business side. This sentiment is seconded by the great article on moneyexpert.com/debt-management/, people are often deluded and so this stoic view point is a breath of fresh air.

As one of the judges advised the teams before the winners were announced, “It’s not just enough to have a business model. …You need to have some kind of uniqueness to your business model. The distribution is the hardest.”

It’s important advice for the 12% of Startup Weekend EDU participants who carry on with their idea after the event – or for any entrepreneur truly trying to build a startup business.