Going through our archives, we came across this great post from December 26, 2013 “It’s The Giving Season” that we wanted to share in case you missed it the first time around.

When we received a contract from Black Belt magazine to publish Winning on the Ground, I told my youngest daughter, then in the eighth grade, that we really did not need anything more in a material way and that as part of the Christian service hours that she was required to do as a student at St. Anne’s School, she should do some research and select a charity to give my share of the royalties.

Seriously, it’s not a ton of money. Anyone who writes a book on matwork thinking it will make them millions is pretty silly. Jim and I wrote it because we hadn’t had the opportunity to learn from any very experienced coaches until we had been in judo for years. He started training in Boston and I started in a small town in southern Illinois. So, we wrote a book that we thought might help other players and coaches who sincerely wanted to get better. And, to be honest, we had no idea how much work it would take until we had already signed the contract.

I received the first royalty check (they send them twice a year),  a couple of months ago and kept meaning to make a donation to the charity Julia had picked, but I’ve been really busy. Since Christmas serves to emphasize how fortunate we are to have both family who love us and an abundance of material possessions, I decided not to let the day pass without finally making that donation.

If you’re interested, Julia picked two charities, and this was the first one, Children of the Night , which according to their website

Basically, they exist to get children out of the sex trade and into college, homes and careers as well-functioning adults. I’m not quite sure why Julia picked the two charities that she did. Both serve kids about her age in dire circumstances. I think it was the stark contrast between their situations and hers that made her choose these two.

The second charity was Invisible Children, in case you are wondering. Since the second royalty check should be more, covering six months instead of just three, I think I will split it between the two of them. 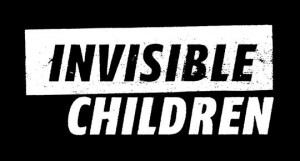 One thought on “Throwback Thursday: It’s The Giving Season”