Skip to content
Home » Blogs » 7GenGames » Throwback Thursday: Judo as Preparation for Life at a Start-Up

Going through our archives, we came across this great post from October 20th, 2014 “Judo as Preparation for Life at a Start-Up” that we wanted to share in case you missed it the first time around.

Sometimes people suggest I wasted that 10,000 hours I spent in judo classes and tournaments, since what has that go to do with what I do now. Fourteen years is a lot of your life to devote to something, especially something as frivolous as a sport, even more especially one where you stand to make no money and often get treated like dirt by the powers-that-be. Was it worth it?

I’ve given it some thought and came to the conclusion that yes, yes it is. What I’ve learned from judo has benefited me as an entrepreneur, as a student, in relationships and even cleaning my house. How so, you ask?

In case you are new to this blog, you might not know that my day job is running a group of technology companies. One of these is 7 Generation Games, adventure games that teach math.

Like any start-up, it’s a marathon, not a sprint, and it occurred to me lately that is one of the things I learned from judo – persistence. 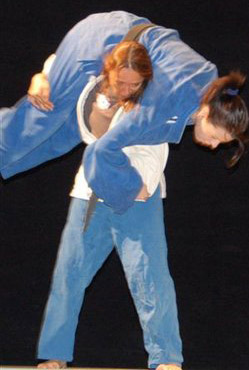 I started competing when I was 12 years old and won the world championships 14 years later.  Here are some lessons I learned that still help me today.

Tune in next time for how what I learned from judo helped me clean my house.