Going through our archives, we came across this great post by Dr. AnnMaria De Mars from August 1, 2014 “My House is Dirty but my Conscience is Clean” that we wanted to share in case you missed it the first time around.

Now that all of my kids are doing well, I get a lot of people asking me how I managed to have four children all turn out to be high-achieving, well-adjusted people.

There are a few answers to that. One is purely by the grace of God, and I mean that. None of my children are schizophrenic, autistic, or mentally handicapped.

Those are cards that just get dealt and it so happened that none of them got dealt to me. So far, we’ve hit the genetic lottery in this family.

A second answer is that success depends on when you measure it. There have been times during their teenage years when each one of my children appeared to be on the high road to hell.

When people ask that question, though, I’m pretty sure they want a concrete answer for how we did it. 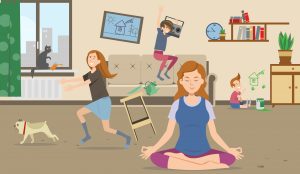 I’m not sure how much of that my kids would remember if they thought about their childhoods, because they took it all for granted.

“Oh, I just went to marine biology camp once.”

“I didn’t go to the most expensive private high school in Los Angeles.”

Plenty of it – ballet lessons, mommy-and-me swim lessons, library story hour – happened when they were probably too young to remember. The rest of it they took for granted because, hey, it was the only life they knew. If there was something I did right (and so did my late husband, and my current husband), it was to put a priority on our children over stuff.

We still live in a townhouse in Santa Monica. We never moved to a big house in Malibu or bought a sports car. Instead, we put our money into private schools and lessons of every type. Our children have traveled the world as a member of the Olympic team, an exchange student, and just a very spoiled teenager. The one who did not travel very much ended up going to graduate school, so she also cost us quite a bit. When it came to decisions, we invested in our children’s futures, not just our money, but also our time.

So, if you came to my house when they were young, you probably thought it was a disaster. We did have a housekeeper, but it was an uphill battle for her with six of us running in, out and around the town. For years, we expected her to open the door on Monday morning, see the havoc that had been wreaked over the weekend and say, “Fuck it! I quit!”

Fortunately, she never did.

Some people think that having a clean house is a matter of discipline. You make the children do the dishes, clean their rooms, sweep the kitchen – everyone has chores. I had a different view. Everyone had responsibilities and theirs was to excel academically and get enough exercise to be healthy.

Jim Pedro, Sr. once said to me,

“I bet if you didn’t go walking on the beach so often you’d have time to clean your house.” 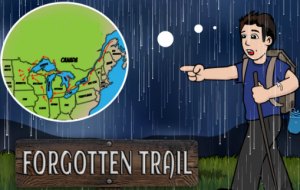