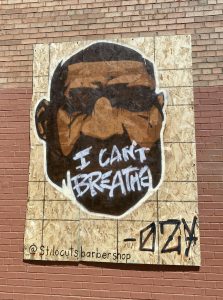 Covid-19 thrust us into a new normal, but ongoing police violence in black, Latin, and Indigenous communities should never be the norm. With justice long overdue and more tragic cases continually unfolding, new efforts to protest police violence are now on the table for all to see.

We at 7 Generation Games stand with George Floyd and the black community during this difficult time. We condemn the violence that led to Floyd’s untimely demise at the hands of four Minneapolis police officers. This tragic murder has fed into deep-veined historical trauma that continues to plague many black communities in the United States.

As educators, we want the future to be one of safety, love, and acceptance for kids of black, Latin and Indigenous communities, not one of hate, marginalization and bias.

Want to help? Not sure where or how? We compiled a list of the following Minnesota organizations that are calling for donations support the movement for justice.

We Love Lake Street – Lake Street Council, a 501(c)(3) non-profit, is collecting monetary donations to help rebuild local businesses along Lake Street, many of which are owned by immigrants and people of color.

Pimento Relief Fund – A partnership to aid black business owners without insurance relief after their businesses were impacted by destruction.

Neighbors United Funding Collaborative – An effort to help small businesses and non-profits in the the Twin Cities’ Midway and Union Park neighborhoods rebuild their storefronts.

Rebuild Migizi Communications, Inc. – A Native-run non-profit that serves community youth in Minneapolis was destroyed by fire and needs donations to rebuild. 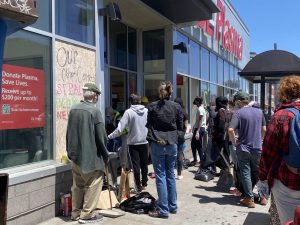 Clean-up and repair efforts are underway in Minneapolis, MN after protests surrounding the death of George Floyd led to civil unrest.

Minnesota Freedom Fund – This 501(c)(3) non-profit supports bail bonds for the Minnesota community with a focus on human rights violations and injustice.

The Legal Rights Center – A 501(c)(3) non-profit calling for an amendment to the felony charges against Derek Chauvin.

Centro de Trabajadores Unidos en Lucha – CTUL is a worker-led organization where workers organize, educate, and empower each other to fight for a voice in their workplaces and in their communities. 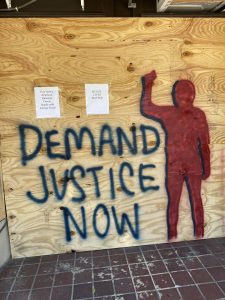 Graffiti of a call for protesting outside a Minneapolis business.

Little Earth Residents Association – Food and donations are needed for the people of Little Earth.

Pow Wow Grounds – Monetary donations can be made through PayPal to angelswann2021@gmail.com. This Native-owned café is currently providing meals to elders, protectors, and community. They need volunteers and donations for purchasing medical, fire, and cooking supplies.

Your Kids Aren’t Too Young to Talk About Race: Resource Roundup