Going through our archives, we came across this great post by Dr. AnnMaria De Mars from December 24, 2014 “My Success Is Personal“ that we wanted to share in case you missed it the first time around.

One of the studies cited in Sheryl Sandberg’s book, Lean In, that really resonated with me was the one that said we judge women in the work place based on their accomplishments but men on their potential.

Women are judged on accomplishments, Men on potential.

This phenomena is one of the (many) reasons the whole bewailing the lack of women in tech rubs me the wrong way.

Methinks you all protest too much.

While the main tenet of Sandberg’s book is that women need to do more – raise their hands, speak up – she seems to gloss over a little the reasons women do not. I am not disagreeing with her, nor am I accusing her of ignoring barriers. I just think with her privileged background she does not see them as clearly and personally as I do.

Let’s take the Heidi/ Howard study, one of a dozens of similar analyses – where subjects are given identical resumes but with names of either Heidi or Howard. Although they are identical on paper and the judges have never met them (because they don’t actually exist!), they are significantly more likely to rate Howard as someone they would hire compared to Heidi.

Let that sink in a moment – even when men and women have identical accomplishments, people are more likely to hire a man. This is the exact opposite of affirmative action.

In fact, from the research Sandberg and others cite, it appears their lower expectations are a realistic assessment. I am the last person in the world to say that we should ACCEPT those barriers to women, but accepting them and denying they exist are two different animals.

In my case, now add being female to being Hispanic and way over 30. This is in an environment that calls itself a meritocracy but still feels it is perfectly acceptable to say that anyone over 32 is too old to start a company. Evidence of ageism in Silicon Valley is not hard to find.

Yet, we continually blame those “others”, who are not white or Asian, not male, not under 30, didn’t drop out of  Stanford or Harvard for not having the qualifications, for not leaning in or for ‘choosing a lifestyle that includes family’.

I call bullshit on all of this.

Want to hear some accomplishments? I graduated from Washington University in St. Louis at age 19. Then I went on to an MBA at the University of Minnesota which I chose because it had an outstanding judo team in the area. I finished my MBA at 21. By 26 I had become the first American to win the world judo championships, while working full-time as an engineer at General Dynamics. I also had my first child. By 31 I finished another masters and Ph.D. , wrote my first computer game to teach math, dropped that idea since computer games were mostly text-based and started my first statistical consulting company. Over the next 25 years, I founded or co-founded three more companies,  received tens of millions of dollars in grant funding, wrote a dozen articles for scientific journals, wrote a few book chapters, presented at so many technical conferences that I have lost track on everything from logistic regression to analysis of data from non-random stratified surveys to effectiveness of blended instruction methods with non-traditional students.

When I wanted to start a company to make educational games, no investors, incubators or accelerators were interested, so I went out and obtained around $600,000 through grant-funding, Kickstarter and now sales of our first game.

This article by Carlos Bueno on the clique of the tech industry describes our experiences to a T.

Even with traction, a product on the market, we didn’t see any interest from investors or accelerators so we went ahead and developed a second game, due for release next month, and we are just starting on our third game. We also applied for another grant, which is under review, and we are planning a Kickstarter campaign for early next year. One reason we do all of this is because I KNOW that our company will be judged on accomplishments instead of potential.

Tell me what you do in 30 seconds or I’m moving on.

Our first prototype of our first game needed SO much additional work. They all do. We made hundreds of improvements and all of those went into our second game. That second game is much better than the first and that pretty much always happens, too. Our next games are web and mobile apps. We had reasons for doing it this way. One is that we started out working with schools where we had connections and they did not have iPads and they weren’t in Silicon Valley. They were on Indian reservations in North Dakota and in low-income communities in southern California. Thanks to the support from these institutions we were able to collect data on market needs and effectiveness. I could tell it all to you in two minutes, but I often see people shutting down before I even start talking. I don’t look or dress like Mark Zuckerberg. If anything, I look like Mark Zuckerberg’s maid, or maybe the person that checks him in at the hotel. It is all my own fault, of course, because I have been known to wear a suit.

Being successful is personal to me.

I intend to prove that we can make games that are fun to play for any age and that make you smarter. I intend to prove that you can make a lot of money meeting real needs for the vast majority of people, not just making sites where people post pictures of how wasted they got last night, but that actually improve their lives.

I understand completely those women who “give up”, “lower their expectations” because they are told directly and indirectly 100 times a day that they are not the chosen ones. Who do they think they are? Their game design has flaws. They are using Unity 3D instead of (insert anything else here) , they are not creating a multi-player game, they need a warm introduction to a venture capitalist. No matter how qualified you are, there will be a base you haven’t covered, a programming language you haven’t learned, some reason that you aren’t qualified. Basically, this is our table in the lunchroom and you can’t sit with us.

This may make me sound crabby and grinch-like but it is the opposite, because it is personal and I am going to succeed. 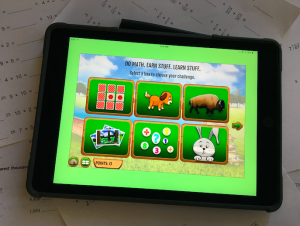