Going through our archives, we came across this great post from December 22, 2012 “Parenting: Nobody Really Knows What They’re Doing” that we wanted to share in case you missed it the first time around.

These days, I cannot turn around without seeing a billboard, poster or article with my third daughter’s name on it. She was the first woman signed by the UFC, and will be the first woman to headline a pay per view event in mixed martial arts.

Interestingly, earlier this year, I wrote a post with the tongue-in-cheek title “Why American Mothers are Superior”, in response to an article in the Wall Street Journal about why Chinese mothers are superior, profiling Amy Chua and her book that lectured American parents on why their children are so inferior and they are not getting into Harvard because they don’t have that Chinese mothering, so there!

I got a lot of haters, both here and on Tech Crunch, where the post was also featured. Many of them asked who did I think I was, after all Dr. Chua’s daughters are much more accomplished, what did mine ever do? Besides graduating from NYU at 20, winning emerging journalist of the year, teaching at Tufts, graduating from USC, getting a scholarship to a top prep school, winning a world title – not much.

Now that the four darling daughters are all doing well, everyone is emailing me and asking for my advice. I even have a book of my own coming out in 2013. Never fear, it’s not on mothering. It’s not even on statistics. It’s on matwork for judo and mixed martial arts.

As darling daughter #3 sometimes goes around the house singing, “How you like me now?”
So, what is different? Seriously, if my oldest daughter wins the Pulitzer next year, does that make me qualified to tell everyone else how to run their life and if their kid doesn’t get into Harvard or win the Olympics they suck as a parent?

The truth is, nobody really knows for sure if they are doing the right thing. My daughters often tease me because I always wear a medal with St. Jude, the patron saint of desperate causes. Every parent feels desperate sometimes, I think. 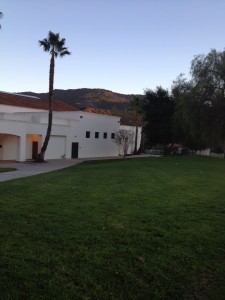 With the economy tightening, more and more people see getting into a “good” college as the ticket to a “good” life. I’m very empathetic. The Spoiled One is attending boarding school because we thought it was a great opportunity for her, in no small part because the academics are stellar. When she made First Honors the first quarter (3.6 – 3.99 GPA), I wanted to know why she did not make a 4.0.

Unlike her roommate, who is, coincidentally, from China, Spoiled-a-roo studies less and plays more. On Tuesday, I watched her and a couple dozen of her friends play soccer for two hours. No referees, no adults on the field except two coaches who were there to chaperone. The kids switched sides when they felt the teams were uneven, screamed and cheered themselves when they made goals. I watched for a while but I was told, “Mom, parents don’t watch scrimmages. We’re PLAYING.”

I made her bring her books home, and I have been speaking to her in Spanish every day because I think Spanish is one of her poorer subjects (as in she might possibly get a B+ in it), and I am NOT happy about that. On the other hand, she went to the Posada at church last night and tonight she went to Sky Zone with her friends and jumped around on a trampoline for an hour.

Was that right? Should she have been practicing soccer drills or studying geometry? God knows she has that home situation that is supposed to be what kids need to succeed in mathematics and science- a female role model in a technical career, two parents with graduate degrees ready to help her with any homework problem, a dad who has been buying her electronic kits and science books since she was in preschool.

If she does not get all A’s this semester, beginning of her freshman year, then maybe she won’t get into Harvard or Stanford. I realize that I don’t care. If it means my child does not have a childhood, does not get to play, then maybe that’s not the place for her to be. Or maybe I am ruining her chances to be the first female president.

I think there are some near guarantees of how to NOT raise a child – that is, don’t beat your children, don’t beat your spouse, don’t be an alcoholic, don’t be homeless. There are some obvious things to do – read to them, hug them, tell them you love them. Beyond that, there is not yet the killer prediction equation that predicts success with 100% accuracy.

In large part, I believe, that is because the definition of success varies.

As one of my favorite poets, e.e. cummings said

“It takes courage to grow up and turn out to be who you really are.”

One thought on “Throwback Thursday: Parenting – Nobody Really Knows What They’re Doing”