Skip to content
Home » Blogs » 7GenGames » Throwback Thursday: You May Not Know This About Old Age

Going through our archives, we came across this great post by Dr. AnnMaria De Mars from November 2, 2016 “You May Not Know This About Old Age” that we wanted to share in case you missed it the first time around.

When I was in my twenties, nearing the end of my competitive years, Dr. James Wooley dropped by the club to visit. If you aren’t into judo, you probably don’t recognize his name as a two-time Olympian. By the time I was competing on the international scene, he had retired from competition, married and was in private practice in Orange County.

I asked whether he missed competition and he shook his head,

(Did I mention he was from Texas?)

From the wisdom of my twenty-something years, I did not believe him for one second. At the time, winning was the most important thing in my life. I thought about it the second my eyes opened in the morning, as I dropped to the floor and did 50 push-ups and 50 sit-ups to start the day. I dreamed about winning. I thought Jimmy was just putting a good face on being old and depressed.

Fast forward a decade or so, the first time it was the end of April and I had not even realized the national championships were happening until they were over. That used to be part of the calendar of my life – start training in January for the Nationals, win those in April. Take a break. Win whatever was the summer event – U.S. Open, Panamerican Games. Take a break.

I retired from competition, married, had more kids, earned a Ph.D., started businesses. Jimmy was right – I didn’t miss it and life did not suck.

Now the kids are adults. I have to send the absentee ballot for the youngest express mail to Boston so she can vote. I’m on the fourth business. Life is good.

I’m closer to 60 than 50 now and if you had asked me to imagine that when I was in my thirties, I’m sure I would have thought it would be depressing.

I still teach judo but after several surgeries on my knees and one on my hand, I don’t do it nearly as well as I once did. I have wrinkles, grey hair and investors who don’t want to talk to me because we all know that innovative ideas are the monopoly of young people.

Let me tell you some of the things that DON’T suck about being old.
1. I don’t have to worry about whether I will have saved enough for retirement, gotten an education, been reasonably successful in my career, raised children who were decent people. The answer is, “All of the above”. Much of the anxiety I had as a younger person is gone because those questions have been answered.

2. I wear what’s comfortable and I don’t give a damn what anyone thinks. My feet don’t hurt from wearing high heels. I don’t walk around cold because wearing a sweater would cover up my girlish figure. Both of my daughters, when they got married, felt the need to tell me that jeans and a hoodie were not acceptable wedding attire.

3. I know a lot of things – from how to make banana bread from scratch to how to code a game in JavaScript to how to interpret results for ordinal logistic regression. All that ‘fake it until you make it’ bullshit is in the past. I’m not faking it. I really do know what it means when my estimates fail to converge or when the knife doesn’t come out clean. I don’t worry about anyone finding me out because there’s nothing to find.

4. I like my husband and he likes me. Yes, we’re both old and wrinkled and grey. He’s lost 50 pounds in the last year, which shows a pretty damn impressive display of will power. He’s brilliant, a great father and makes a good martini. He can help The Spoiled One with her calculus homework and our junior developers with their C# code. He’s not a jerk (women in tech realize having a brilliant guy who is not a jerk is worth something in a lot of ways).

5. Life is easier. One of the advantages of being around a long time is that people get to know you. When you are young, you need to submit proposals to speak at conferences, submit articles to journals, apply for jobs. As you get older, people ask you to work/ write/ speak for them because they know from your previous work that you probably aren’t going to suck. You don’t have to prove yourself because you already did. (Except in the Opposite World of Silicon Valley where education and experience aren’t valued – but that’s a post for another day.) Sometimes, I look at my mom, or older friends of mine, and wonder what it is like to be retired, to not have your calendar filled six months, or even 6 days, in advance. I wonder whether it sucks to have nothing you have to do in the day, to have not only your kids but your grandkids safely launched.

I’m guessing that it’s probably just fine.
I’m not just sitting around getting older. I’m also making games. You can buy them here.

Or, you can download a free app, Making Camp, for your iPad here. Get the first part in our AzTech Games series, AzTech: The Story Begins, for iPad for FREE here! 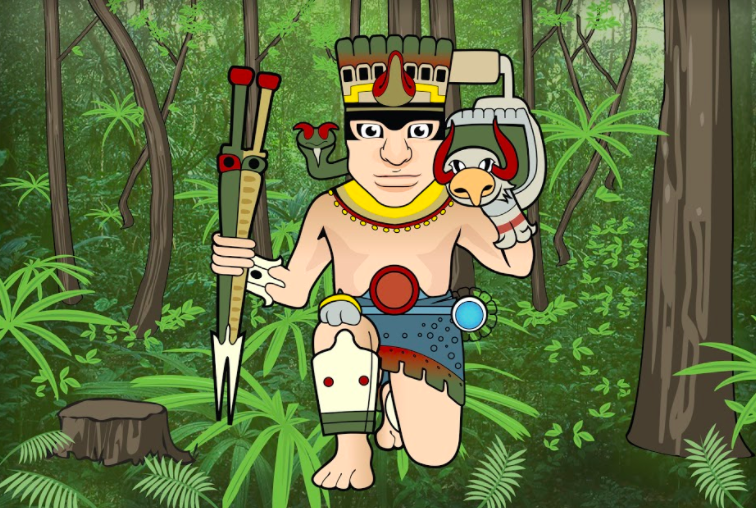