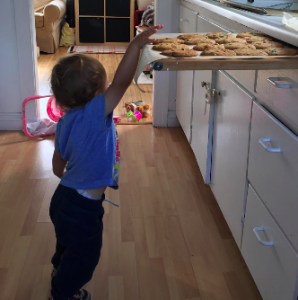 Here is the thing about both running a startup and raising a child that people don’t talk about that often. There will be a point where you look around and ask yourself, “What was I thinking getting myself into this?” and “Can we just fast-forward past this stage because I am on the verge of losing my mind?”

I mean, you can find it if you dig, but it’s not going to the rosy headlines or blog posts that come up on the first 50 pages of searching or on the magazine covers or book titles staring at you in bookstores or airport shops. No, I’m talking about the kind of things that you find anonymously posted on message boards with users whose names are things like momx4pluscats or techwhiz957.

As 7 Generation Games approaches its fourth birthday (anniversary?), I am both excited and exhausted. You’re probably not supposed to write that you’re exhausted as a startup founder, but it’s the kind of exhausted that a couple cups of coffee and maybe an upcoming holiday break can resolve, not like a collapsing after the 26th mile of a marathon exhausted.

Having three children – including one fully out of toddlerhood, one of the verge of leaving it and one getting right into the swing of it – I have to say that I feel like 7 Generation Games is right there as well.

People talk about a startup in the beginning as “their baby.” And it’s true. It’s fresh and fun and you don’t get enough sleep, but every new thing is the “best, greatest” new thing. Your baby smiles for the first time – it doesn’t get any better than this. Your baby laughs – it can’t get any better. Your baby says “Mama” – literally this is the greatest thing ever. And a startup is that way in the beginning too. You get your first MVP done – and it’s such an accomplishment. You get your first round of funding – it’s the best thing ever. You get your first paying customer – woohoo! (Feel free to become a paying customer right now: Buy 7 Generation Games!) Your first repeat customer – this is amazing.

“You think I’m actually going to eat this? That’s hilarious.”

But then you hit the toddler stage. Where your once sweet angelic baby is not only refusing to put shoes on, but simultaneously screaming and kicking at you as you try to wrestle them on. It’s the same when you’re trying to make that jump from 5,000 to 10,000 users, from raising your friends and family round to your Seed Round to get you to a Series A. When you’re sending out email after email (not the spammy kind, but like legit emails to people who you are supposed to email) and no one gets back to you. When you look at your bank account and reflect on how you used to feel so underpaid and that if you were making that salary now, you’d feel like you were rolling in it. Or when you make noodles only to be told that really you should have cooked eggs, so you make eggs only to be told that what you really should have made for dinner was Cheetos, just Cheetos.

And you’re silently praying, “Dear God, just let me make it through this stage with my sanity in tact.” You know that future success depends on it. That you just need to barrel through this largely thankless, patience-testing stage.

Actually, parenting is pretty easy — when they’re all asleep.

You realize that when you get through this stage, there will still be challenges, and they may even be bigger and more complex, but that if you can make it through toddlerhood – which always lasts way longer than you think it will– then you will be ready to face whatever comes next. And that, despite all the shoe searching and short-order cooking and investor pitching and constant emailing, you know deep down that all your efforts will be worth it.