There is a reason that I’m excited to go to Palm Springs and it is not the fact that you can be outside without a  parka, although that is a benefit in selecting conference sites (North Dakota and Minnesota, I’m looking at YOU) . 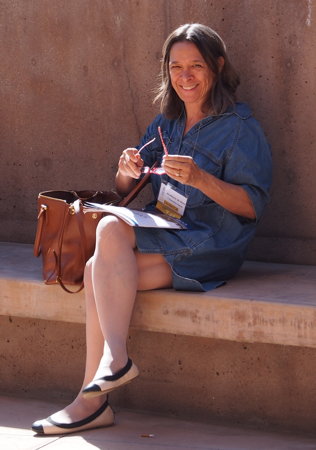 It’s not that Palm Springs seems to break out in random acts of sculpture, although, again, that is charming in an odd kind of way, sort of like the weird lady who spontaneously breaks into song in church, when no one else is singing. 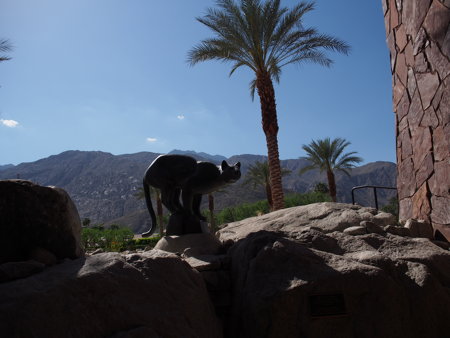 If it sounds a little strange (even stranger than random mammal sculptures), that I’m excited because I get to meet a lot of people working in after school programs, hear me out.

Like many wayward youth (is that ever a polite way to put it) I stayed out of prison due to a basic principle of physics, that I cannot be in two places at the same time. This would only be possible if I were a specific type of particle, a boson, which I clearly am not ( see picture above, no not the mountain lion, the one above that).

Since I was taking classes at the YMCA and YWCA in everything from judo, lots and lots of judo, to swimming to cooking, I was not out on the streets committing crimes from vandalism to armed robbery, like some of my classmates.

True story, and it was a student of a good friend of mine, but he just as well have been me 40 years ago.

The phone rang at dinner time. Steve answered and a student from his judo class, let’s call him Bob, said, “Thanks, coach!” Steve said, “Well, I was just sitting here eating a steak, and I don’t know how that deserves thanks, but, you’re welcome.” Bob told him a story about the previous night when he was at judo practice and Bob’s friends had a few beers, then decided to break into an abandoned building. The police caught them and now they were all in jail. Bob ended the story with,

… and I know if I hadn’t been at practice, I would have been with them.

Neither Bob nor I were better or smarter people than the other kids. We just weren’t in the wrong place at the wrong time because we were with good people who put up with our annoying teenage selves and tried, often despite great frustration, poor pay and few resources, to provide some degree of mentoring.

I was talking to a friend of mine the other day, retired military, who was the only one in his family to get out of the cycle of jail and poverty. I asked how that happened, and he talked about a staff member in a community program who encouraged him to talk to a recruiter.

There are a million stories out there like his and Bob’s and mine. There are millions more kids who are just having a better day because they have something positive to do after school or in the summer.

I’m looking forward to spending a few days with people who work that magic.

If you’re in Palm Springs this week at the BOOST Conference, stop by and say hi.

You can check out our free game demos here. Stop by and tell me you read my blog and I will give you a present. Honest. 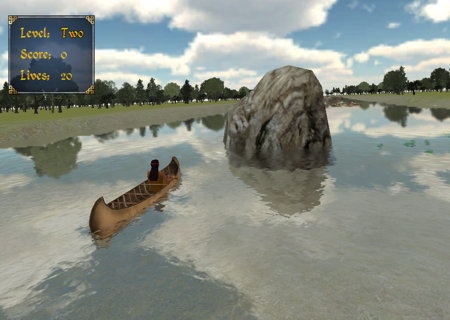