There is such thing as a stupid question. We make a point to NOT ask them when interviewing job candidates at 7 Generation Games. Here’s why… 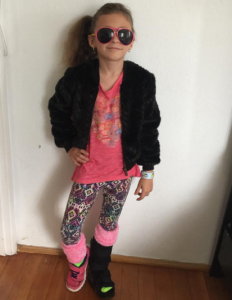 From the list of questions we DO NOT ask job applicants: “If you were transported back into the 1980s and could bring only one item from the 21st century, what would you bring and why?”

I read one of those articles going around this week about a guy who interviewed at Microsoft and was hit with one of those “impossibly hard” interview questions that usually Google is noted for posing – this one had something to do with right angles, triangles and hypotenuses. (Hypotenui? What’s the proper plural of hypotenuse?)

Now this might be the part where I should say, “And if you want to be better at math, so you can answer hard math problems, we make games to help you get there!” (Which we do and you should buy them.) But the math element is not what this post is about. [And it turns out the question the guy was asked was actually impossible to solve.]

Instead it’s about calling out the ridiculousness of these kind of interview questions. Not just because it’s ridiculous, but because of the trickle down impact this practice has on people who the folks doing the interviewing at these multi-billion-dollar tech companies never consider for a minute.

By asking absolutely stupid questions– and that question about if you were shrunk down to the size of a nickel and put in a blender is nothing but stupid if you think it identifies how great an employee is going to be – it furthers this mythology that you have to be a genius to work in tech. You don’t. Trust me, I’ve encountered a lot of people in this industry who definitely aren’t — and that is a message that more kids need to see.

Too many kids, especially many of the kids at schools and programs using our games (who come from low-income backgrounds/underrepresented communities as well as girls), are led to believe that to work in tech you have to be a member of MENSA who can calculate the exact angle of trajectory a ping pong ball will have on its third bounce after being dropped from the top of the Empire State Building. But that is NOT what is necessary to work in tech. Instead, what is necessary is building up technical skills, over years, starting with math proficiency.

Whether we’re talking about elementary students, teens, college students or adults who are looking to enter the industry (like many of the graduates of programs like the coding boot camp Sabio), more needs to be done to show that tech isn’t inaccessible. What it takes to succeed in tech isn’t having the answers to pointless questions but willingness to learn and hard work. It’s not about putting up seemingly insurmountable obstacles (which is what these questions are supposed to be) and then sitting back to watch someone struggle. It’s about having the skills necessary to do the job – or at least, it should be.

I remember once when my husband and I were at a bookstore, and he was flipping through the book “Are You Smart Enough to Work at Google?”

I told him, “I don’t need to read a book to tell me that. The answer is yes. The real question is ‘Do would I want to work somewhere that prides itself on asking pretentious questions totally irrelevant to the qualifications that one would need to do the job he/she is interviewing for and that furthermore has a history of rejecting people, not because they can’t answer how many basketballs it would take to fill up the Grand Canyon, but because they lack “Googleyness,” which isn’t even a real thing, just a bullshit term made up to not have to hire people even if they get their ridiculous questions correct?’” 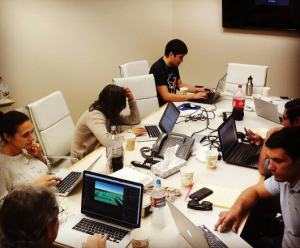 From the list of questions we DO ask job applicants: “Can you code?”

For the record, when we hired our newest developer, Jose, we asked him what programming languages he was familiar with. We asked about examples of work he had done and code he had written. I did not ask him what he would do if he was stranded on a desert island with only a pogo stick, some spare buttons and half a pack of spearmint gum.

Based not only the new level Jose showed me that he’s created for Forgotten Trail, but also the huge amount of commitment, potential and growth I’ve seen from him in his first months on the job, I feel absolutely confident that our approach to interviewing candidates is working just fine.

Sure, I may never know what Jose would do if he were stranded on an island with a pogo stick and whatever random contents in his pocket. But as long as he’s capable of programming 3D game levels, what does that matter?