You would think as a company creating software for education, both in school and at home, that we would be discouraged by an article with the title “Why For-Profit Education Fails”.

You would be wrong. In fact, I agree with pretty much all of the Atlantic article but I found it far from depressing. I agree with them that the reason many for-profit educational ventures failed is that they tried to address too much. At 7 Generation Games, we started with a focus on math in grades three through five. While we kept improving our educational resources for math, we added social studies and English/language arts.

I completely agree with the Atlantic author (Jonathan Knee) that educational change will occur incrementally. Totally wiping out schools and teachers as they currently exist and replacing them with some Amazing New Innovation has never been part of our plan.

One point that he doesn’t belabor much but I think is also going to be critical to our success is the unrealistic expectation of investors that K 12 education will produce quick, 10 X returns.

A reason I think we will be successful is that we have taken a long term view of development. We created prototypes for educational games that we then tested in schools. We took the data from those early tests and revised our games. Right now, I’m in the middle of spending months of my time and our staff time in updating Fish Lake. 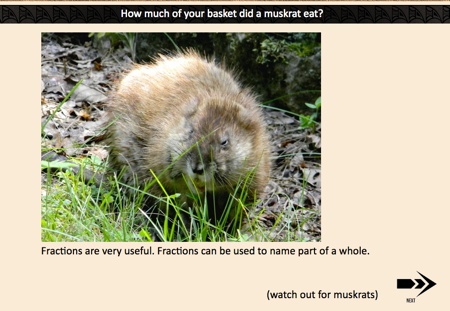 here is the page that it replaced. In fact, above is the first page that replaces this. It was replaced by multiple pages. 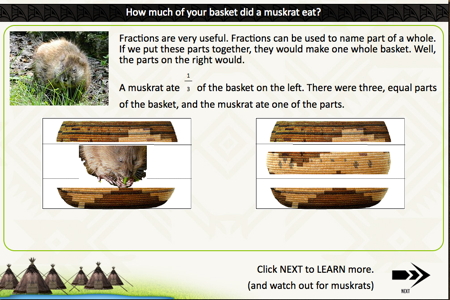 This may seem like a minor change but we are making hundreds and hundreds of these minor changes. In some cases we are adding voiceovers. We are redoing videos to only address one math concept at a time in two or three minute bits.

Now, we have done all of this before, but we are doing it again. The reason we keep iterating is because we are pretty certain that is the most effective way to create educational technology that works.

I would argue that Fish Lake as it currently can be bought on Amazon, is a good game. However, to keep children (and adults, too) playing it we need to keep up with the quality of non-educational video games.

Now that the “let’s try to change everything right away and make 10 X returns in a short period” model has been discouraged, how about changing things incrementally working with teachers and schools and making a reasonable profit while at the same time documenting real improvements in achievement of students?

Now, there is an innovative idea!