Skip to content
Home » Blogs » 7GenGames » Have it Right, or Have it Now

We have been working madly on the game the last few days and it is looking really good. Everyone who saw our earlier versions and the one now is impressed by the progress. What we are doing now getting ready to send out usernames to download your beta version is fixing some glitches we knew were there. 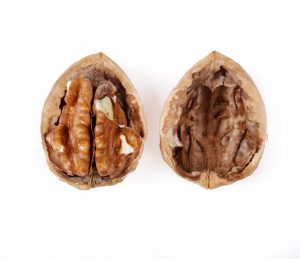 In a nutshell, here’s what happened. We had eight months to develop a prototype, test it in the schools, collect data and write up the results (because we had a federal grant).

Some decisions we made to get our initial version working in time, knowing full well we’d have to back track later and change how we did some things. Now, it’s later.

The main problem was with the tests players encountered when they made a mistake. If you miss the math problem twice  (one time could just be a typo or you were in a hurry) you are sent to study that concept and then need  to get five answers in a row correct on a test before you can get back in the game. We did those tests using SurveyMonkey, which was perfectly fine for a prototype but there were both technical and business reasons we didn’t want that embedded in our game.

One of the technical problems is sometimes the player didn’t go back to the right spot in the game. Long story short, that is what we have been fixing the last couple of days. We promised a beta version in March, and if we don’t get finished by March, it won’t be more than a day or two late. Mostly what we’ve been doing is replacing the stuff that we did to get done right away with stuff that is done right.

Thanks to the Kickstarter funding, we have an intern working with us over spring break (yay, Samantha!) and a research associate in the office (yay, Marisol!) working on putting a wiki together to document everything we did. As promised, this will make it much easier to answer any questions anyone has about problems they might have downloading, installing or playing the game.

What our early backers will get in a week or so is a username that allows them to download, install and play our BETA version. It has six levels and a fewer glitches. This is for those of you who wanted it right away. EMAIL US, post comments on the blog, tweet us or send via carrier pigeon anything you’d like to see fixed, changed or added.

We already have the next six levels planned out and the amazing Justin Flores started on the artwork, some of it featuring our home-grown game tester, artist, and UFC world champion Ronda Rousey.

You’ll like what you see next week and you’ll love what we’ve got for you this fall.