Skip to content
Home » Blogs » AnnMaria » You have HOW MANY students? Discussions with Chilean teachers

After a session on getting technology into Latin American organizations convinced me I needed to know more about how Chilean schools operate, I scheduled interviews with several teachers. To say that their responses were eye-opening would be an understatement.

The first person I interviewed was an eighth-grade teacher and the first question I asked was a pretty simple one,

“How many students do you teach in a week?”

Now, I know my Spanish is not perfect, so when he told me, I shook my head and said,

“Excuse me, but did you just say you teach THREE HUNDRED eighth-graders in an average week?”

He nodded and said,

I asked him what he does if five or six students fall behind and don’t understand the material and he responded,

“What can you do? Nothing. There are just too many. I do the best lecture I can and if most students don’t understand then I try to re-teach it, but for that bottom 10% or 15% of the class, there is no way to have time to teach them separately. “

How do you have 300 students in a week? The average class size is 45 with seven classes a week.

Then there is the other extreme. 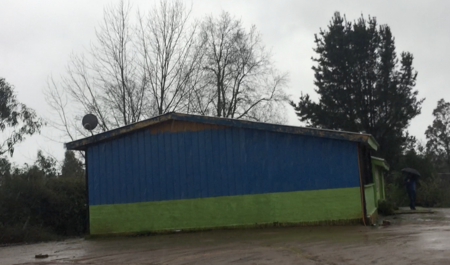 This is a school in a lovely area outside of Tomé, with five students. It’s not actually a one-room school house because it has two rooms. This school had wi-fi, although a little slow.

The second school we visited, another half-hour further along the woods, had no wi-fi at all.

No matter what country we visit, the result is the same …

… the story you get from the people at the top is different from what you hear in the classroom. This is not always true, and I have had the privilege of meeting some really insightful top administrators. However, just as often the situation is like this, where I am told that of course our games would be great for the schools because they have one device per child.  They did indeed, and all of those devices were in boxes because there was no Internet.

This isn’t our first rodeo and I didn’t come out this way just because I missed driving on dirt roads in the U.S. 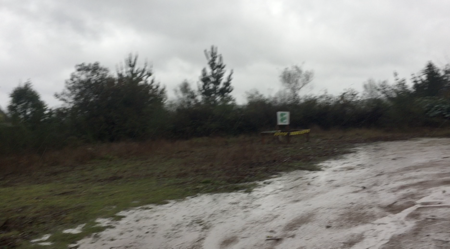 Maria Paz and I came equipped with iPads, computers and an Android tablet, all with demo versions pre-loaded. In one school, we were also able to use our hotspots from our phones to show some web games, but in the other there was no cell phone access and no Internet. Unsurprisingly, the kids thought the games we brought that they could play were awesome.

If I call you and want to talk about educational technology, here is why …

Were those administrators who told me that the schools had an adequate number of devices and wi-fi just a bunch of big liars? Last Thursday, we had an event sponsored by the U.S. Embassy. I had the chance to discuss these different stories with a lot of really cool people involved in innovation in education in Chile, including the head of a foundation aimed raising educational achievement for disadvantaged children. He said,

Those high-level administrators are probably basing what they tell you on surveys. The survey asks how many devices you have at your school and you write, ‘5’. There are five students so that’s one device per child. No one asks if those devices are connected to the Internet and you are teaching five children in three different grades so you don’t really care about their survey. The urban school , there is a question that says check here if you have wi-fi and you check because you do have wi-fi in the building. No one asks you if it is so slow as to be unusable.

So … even though I teach statistics, wrote a dissertation on psychometrics and have spent 30 years as a statistical consultant, I won’t be doing a survey. Over the next few months, I will be calling educators and visiting schools, both in the U.S. and Chile, to just talk.

One thing I have learned so far is that more and more schools are allowing students to use their own devices to access the wifi. In some schools, it is because the students’ cell phone connection is faster than the building wi-fi. In others, it is because they don’t have the budget for each student to have a tablet or computer. Also, they reason, why spend money on hardware when every student has a phone?

On the other hand, the wi-fi might not work and students may not have a data plan or not want to ‘waste it’ on school work. One change we are making already is moving more and more of our games to install on the device and use local storage, so wi-fi is only required when the application is installed and it can run off line the rest of the time.

Speaking of apps that run on just about any device …. check out Making Camp  for iPad, Android, Mac or Windows 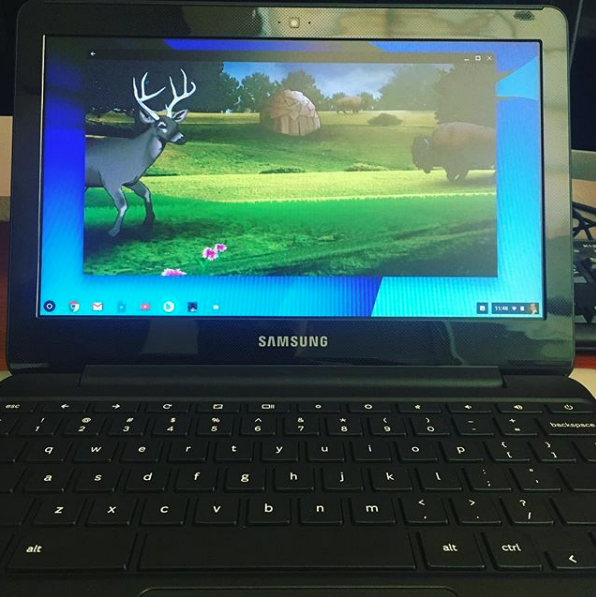 You can download it for free. We have a premium version done and it will be up just as soon as I can add a web page to download it and Adekola can submit it to Google Play and the app store.