Skip to content
Home » Blogs » AnnMaria » You think you know what Steam is, but you don’t

A) The result when water is heated above 212 degrees

B) An acronym for Science, Technology,  Engineering, Art and Mathematics

C) A platform for computer games

When I tell people that I have been pretty much invisible lately because I’ve been getting Fish Lake ready for Steam they nod knowingly and say,

“Oh, you mean like STEM with art added in. I’ve heard of that.”

No, that’s not what I mean.

I mean the gaming platform where over half of personal computer games are sold.

Think the AppStore if you had to be voted in. There are 80,000 educational apps on the App Store

There are 572 educational games on Steam

People on Steam are far more serious about gaming than the average person. (Serious as in they play a lot of games. Not serious in the sense of serious games like Oregon Trail or Carmen San Diego that are intended to teach you. When I checked this morning, Grand Theft Auto V and Tomb Raider were featured.)

To get ‘greenlit’ on Steam, that is, to be allowed to sell your game, you need to get voted in by the user community. Those voters are allowed – and very inclined – to give you comments on your proposed game. It is not for the thin-skinned.

I was at a game developers meeting last week with someone else who had been greenlit and he said,

“It’s not the comments on the game that surprise me. It’s those on my talent, my worth as a human being, suggesting that I find another field like garbage collector.”

While I would not say it was that bad, there were definitely a lot of comments about the graphics. I actually agreed with those comments. 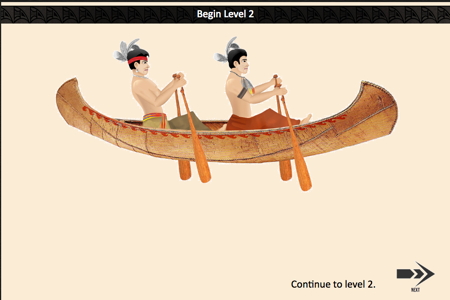 When we started, we had one part-time artist and one part-time animator for both Spirit Lake and Fish Lake and Dennis and I did all of the coding. That is definitely not enough but it was all we could afford. Now, we’ve grown to a team of 16 people. We can’t put all of those people on Fish Lake all the time but we’ve taken the suggestions to heart and been working on the game graphics for weeks. You can see an example of the results below.

Four years ago, when I said we were going to make games that were like if after you played Zelda you had learned fractions, people laughed at me. There are a lot fewer laughing now.

Just wanted to give a shout out to the Steam community for their suggestions and support. We won’t let you down.

Don’t want to wait until mid-December to buy it on Steam? You can buy our in-progress game right here, right now.

You’ll receive free updates forever, because hey, who likes paying for the same game twice? Not us.