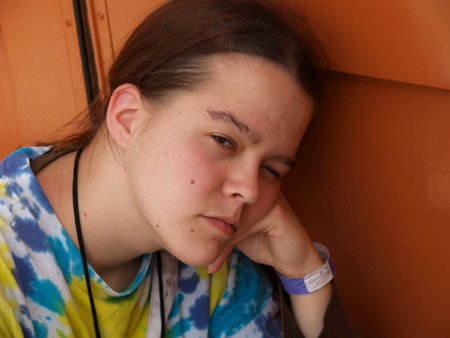 As I mentioned in an earlier post, there are a few reasons young children may have behavior problems, and one of these is it gets them away from things they don’t want.

When I taught junior high school, I had one student who was generally pretty good (I taught in a special school for children who were severely emotionally disturbed, so ‘good’ is a relative term here). However, once a day, he would get into an argument with another student over something stupid like “He keeps chewing on his pencil and he knows it bothers me.”

He would get taken out of the class or put in the time out room. Within the hour, he would calm down, come back to the class and be fine for the rest of the day. I tried talking to him about not letting little things bother him. I tried moving him to a different seat, next to different students. Finally, it dawned on me that these incident always happened right before math. It turned out that he was very bad in math and very far advanced in his other subjects. He would rather be suspended from school than let the other students know how far behind he was. My solution was to have him do his math in the resource room with the aide, “since you need to concentrate and the noise the other students makes clearly is distracting to you.” This is a common situation children of all ages may be trying to escape from, a task he or she dislikes.

Other common situations children try to avoid or escape from: 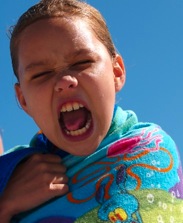 Remember, children with disabilities may be more sensitive to certain types of situations. They may be more sensitive to touch, to too much noise and activity because they do not have the emotional or intellectual ability to just ignore what might be bothering them. This is even more true for younger children who do not have very many coping strategies. Where adults may be able to talk out their feelings, walk away into another room or just count to ten, young children can generally only think of a very few things to do – cry, hit the other person, run away.