Yesterday, we talked about how sometimes behavior problems in young children are very logical, in that the child is getting what he or she wants. 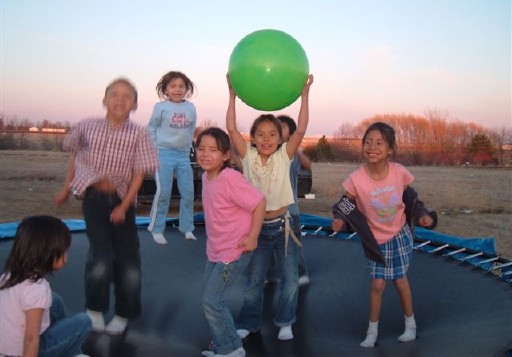 Ryan wants to have a turn playing on a trampoline, going down the slide or using other equipment. When he hits the other children or swears at them, they go away from him, so he is left alone to play on whatever he wants. Most of the children who live near him are smaller than he is, so they can’t really fight back. When he is sent home from other children’s homes, his parents have usually been drinking and don’t take much notice, simply sitting him in front of the TV with a comment like,

When his mother quit drinking, she decided to do something about her son’s behavior. She asked the other parents to send him home immediately any time he hit another child. Each time he was sent home from someone else’s house she sat her son on the couch with no TV, no video games for fifteen minutes. When he would whine or try to get off the couch, she would tell him,

“No, there is no hitting. You have no TV and no videos because you hit someone.”

He started school about the same time and the school followed the exact same procedure. When he would hit another child, a teacher would take him over to a bench and make him sit down by himself, so he did not get to use the swings, in fact, he didn’t get to do anything. He isn’t perfect now, but he hits other children far less often.

The lesson: Observe the child’s behavior and see if it brings something he wants. Try to stop him from getting what he wants from this behavior. Often, you will hear that you need to replace this with another behavior that will get him what he wants. That is a good idea but not always possible. The other children want to keep their toys. Ryan can’t have them.

However … sometimes it IS possible. For example, all of those kids who turn into “iPad Zombies”. Maybe you would like  them to do something educational instead of watching people unwrap toys on Youtube.

Click here to get your child Making Camp, for free.