Did you know that 7 Generation Games offers a game design curriculum? If your school licenses our games, you can get it for free, all you need to do is ask. If you talk to Maria or me, you probably don’t even need to ask because we can’t wait to tell you about it because …

If I see one more robotics program, I’m going to scream.

I’m not hating on robots. I loved my roomba until it met an untimely demise due to a combination of cat hair and whatever that was my kids had ground into the rug. Still, I’ve been in education long enough to be cautious of the latest “answer to everything”. These days, it seems to be robots. 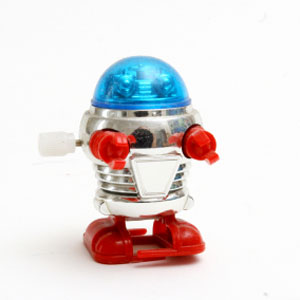 Now, I know some kids who have gotten interested in math or programming as a result of a robotics program. I’ve known far more who thought,

“Okay, that was a fun activity. I made a robot move. “

and that was about as much impact as it had on their probability of being a future scientist.

… there are a lot more kids who play games on their phone or tablet than play with robots.

Most the people I know who got into programming fairly young were interested in making something. They had an idea for an app to keep their diary secret from their snoopy younger brother. They had a computer game they wanted to make. Most of those early ideas turned out to be dead ends, but they were hooked and now here we are decades later still trying to bend the computer to our will.

So … if you are looking for a ready-to-go project-based learning unit that includes vocabulary, writing and computer applications, you can register for the course in September or October. We have sessions for middle school and high school. All classes are free to the first ten students who sign up.

You can see how the project begins below. Since students start by playing three of our educational games to get an idea of genre, game mechanics and how education is worked into a game, you might start by checking out all of the games we have available. We have games available for Mac, Windows, Chromebook, iPad and Android.

So you want to make video games. Or at least you want to know what goes into making games. Well, let’s get started.

What is Game Design?

Design is the part that comes at the very beginning. The part where you start with just a blank sheet of paper – or more likely, blank computer screen – and you start to decide what the game is going to be about.

Game design starts with an idea – but it is about far more than just “having an idea for a video game.” Lots of people have ideas. Game design is about how you take that idea and start making it a reality.

Game design isn’t about programming – although if you’re going to make video games – coding is a valuable skill to have.

This means everything from coming up with the concept or storyline to how the game will be played. Then as you work through the game design process you start to flesh out those ideas so that they can be turned into an actual working game.