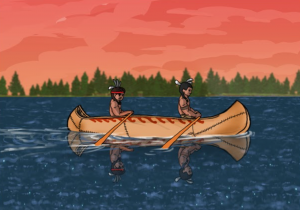 As a woman-owned and led company that prides itself on ambitiously getting game development done, we think kids should give technology and coding a shot with 7 Generation Games.

Recently we unveiled a learning opportunity for students aged 11-15 to take game development with Dr. De Mars. We want to teach young learners the ropes of game development because of how integrated tech has become in our daily lives. There are apps for everything from shopping, ordering out, and lulling ourselves to sleep at night.

At some point or another, there will be kids who dream of developing their own apps, and the possibilities are endless.

Avi, a 17-year-old Washington resident, built a coronavirus information website largely on his own. Rosslyn, 10, though she doesn’t code (yet!), diligently planned and developed a board game with a complete set of rules over the course of two months. Tanmay, 16, learned programming from his father when he was in elementary school and applied his knowledge by teaching other kids on YouTube; he later went on to publish a programming book for kids and collaborate with IBM at age 14.

Kids innovate. They may even surprise themselves.

Though your child may not become the next Avi Schiffman or Tanmay Bakshi while only in the sixth grade, presenting this early opportunity to explore facets of the tech world is paramount to a dynamic education for your child and take a step toward closing the digital divide.