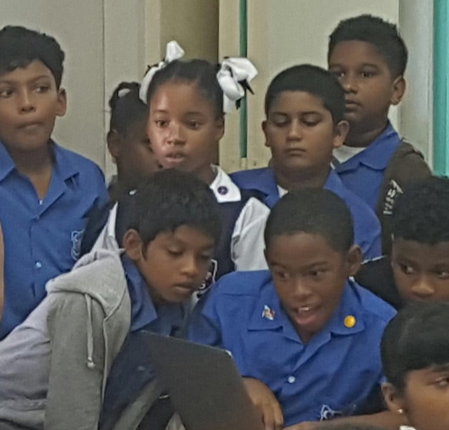 After playing Fish Lake, Nicholi, a student at Charlieville Presbyterian Primary School, in Trinidad, gave the following suggestions for a new game.

Make a first-person shooting game. It does not have to be a war game.

The game would be educational, with calculations of angle and power percentages. Add the feature that players can use a game controller to play as well as the keyboard controls. As players level up, they could be shooting in different places or different scenes within the same location. With higher scores, players could upgrade their weapons and accessories.

Players should be able to select harder or easier levels.  They should be allowed to select among different weapons they want to use and different people that they can play as their character.