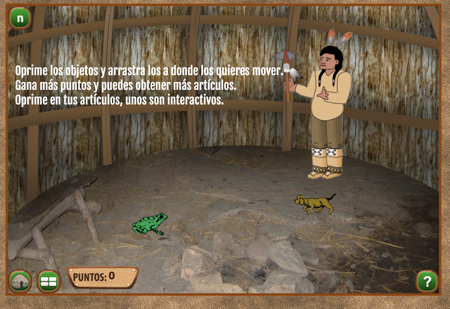 Many high schools require two years of a foreign language, for some reason I cannot figure out, because no one in Chile speaks second-year Spanish. I’ve been here two weeks now and not a single person has asked me to conjugate the verb “estar”.

There are apps for learning vocabulary words that can be useful but at some point you need to start connecting those words together into grammatical sentences unless you want to spend all of your time in Latin American sounding like a slightly mentally-challenged four-year-old.

Maybe that is how you learned your first few dozen words, but I’ll bet pretty quickly rather than Mom following you around and repeating, “Spoon! Spoon! This is a spoon.”

You simply overheard her say,

You figured out what “hand me that” and “spoon” meant and realized that when she said, “Bob” she was talking to your older brother and not you.

Importantly, you learned that you say, “hand me that spoon”  and not “that spoon hand it to me” , so you were not mistaken for a Russian troll on Twitter.

This is where Making Camp Bilingual has been coming in helpful in improving my Spanish.  For example, the help text in the wigwam says

“Click on the objects and drag them where you want to move them. “

We did not create Making Camp Bilingual with learning Spanish in mind. However, we find students and teachers in Spanish classes are using it for that purpose.

It makes sense, really. Many people advised me to listen to telenovelas to hear Spanish in context. I’m not at all a fan of soap operas in any language and I just could not get into it. Also, as someone who makes games,

is much more useful for me to learn to say than ,

“I can’t believe you are having twins with Fernando after you left Ernesto for Sebastian while you were living in Daniel’s beach house!”

Also, I can brush up on my mental math skills and learn a little about Native American history and culture while I’m at it.

So, if your second- (or, let’s be honest, third- or fourth-) year Spanish needs a boost, check out Making Camp Bilingual. If your Spanish is perfect, play it anyway, to sharpen your math skills and just for fun.