7 Generation Games Community Round has officially launched to the public. 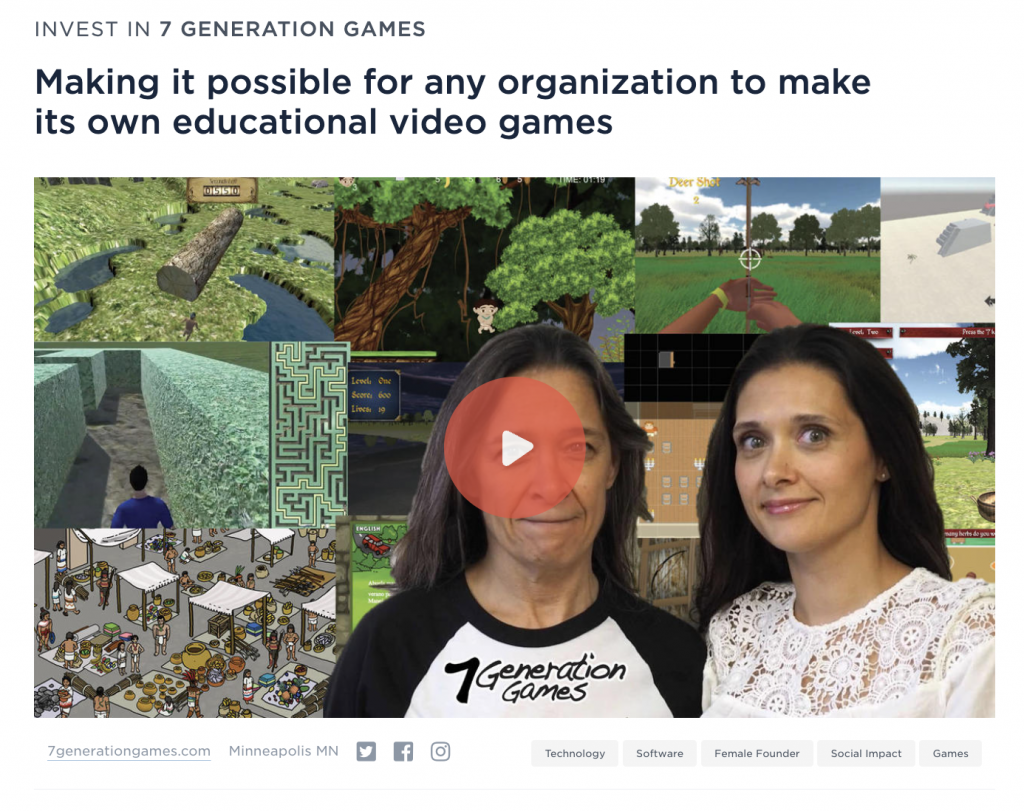 First and foremost, thanks so much to all who invested in our WeFunder community round during “Friends Invest First.” We were hoping to get 50 early investors before our public launch, and at launch, we were already at 71! (And counting!)

We wanted to start off strong out of the gate and with the backing of so many early investors, we feel like we achieved that!

The campaign is now public, which means that it is more easily discoverable via WeFunder search and makes it more accessible to other potential investors outside of our direct networks.

Of course, you don’t even have to search for it, you can just CLICK HERE.

We know fundraising is a marathon and not a sprint, but – as AnnMaria and I both ran distance events in college track we can attest – getting off to a strong start can make a big difference. It’s certainly a lot better than stumbling out of the blocks.

Still, there’s a long way to go. Now we’ve got to double down and work even harder to raise this round. While you often hear about investment rounds closing, you rarely hear about how long it took to raise those rounds, the exception being the outliers where it took “just days.” (Note the quotes because those “days” really were the very final moments of conversations that had likely been going on for months or at the very least much longer cultivated relationships.)

I recently was talking to an investor who said that raising a round typically takes 12-18 months at the seed stage (where we are). Community rounds are shorter, but aren’t overnight. Well, I guess if a bunch of investors jumped on board between when I’m writing this and when I wake up in the morning to fill out our round, then it could be. Since I’m not banking on that as our fundraising strategy, we know we’re in for a lot of work over the next few months. But we also know that you have our backs as we enter this next phase of our WeFunder so that we can build out the next phase of 7 Generation Games.

If you haven’t yet invested in our community round, now is a great time. While the “Friends Invest First” period is past, early bird terms (i.e. a better deal for getting in on the investment early) are still available.

If you have invested (thank you x 100) and if know anyone else who you think might be interested in the work we’re doing and what we’re building, please help us get the word out. Let them know about our community round, and even better, let them know why you invested and why they should too. 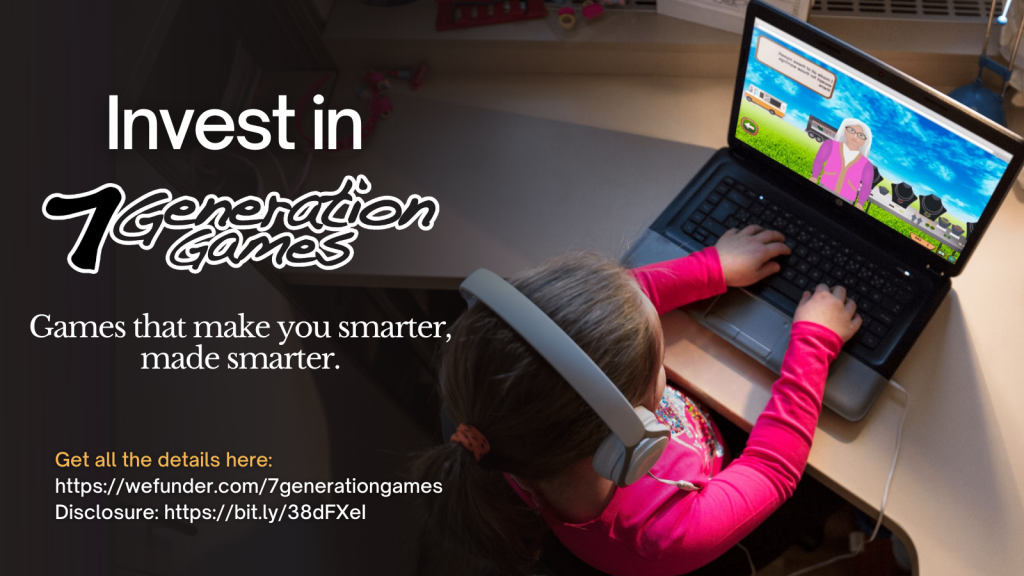