One sign you are in the right line of work is when you are just as excited for Monday to come around as you are for Friday. Well, I might be a little more excited most Fridays because on the weekend I can work on the games without too many meetings taking up my time.

This Monday is particularly special, though, because we are kicking off our new game, working title is Chile:1800.

On top of that, our last new team members are coming on board this week so I am super-excited about that, too. I have been trying to do the work of several people – pitching our start-up to investors, finding beta sites, writing code, writing marketing material, even editing the odd video.

We have Marcelo, who is a history teacher, helping us with the first part of the Chilean game. It’s going to be a Choose-Your-Own adventure meets Making Camp type of game.

Each character is going to lead you to a different set of options. Marcelo is doing the story line for a teenage boy from the south (southern Chile, that is).

We have three history consultants working on this at once because we need to get the game design pretty well done before we can go very far on the artwork or programming. The second one is coming on Tuesday, so yo 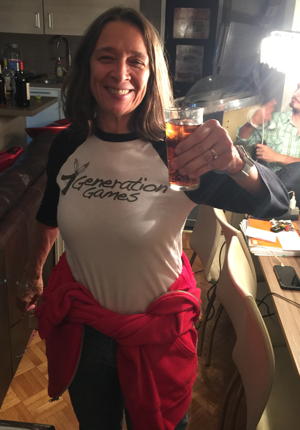 u can see we are really hitting the ground running.

A new developer, Ale (short for Alejandro, in case you were wondering), starts tomorrow. He’s going to be working on the framework of the new game, giving me a little breathing room to pitch in on Making Camp Premium, which should be available by May, and work on Spanish versions of Making Camp and AzTech: The Story Begins.

Between moving to a new country, setting up a new company, flying back to the US twice, teaching a graduate course in multivariate statistics and hiring 7 people – on top of the daily requirements of making games and running a company, I have been crazy busy but now all of those things are done and I am finally getting caught up with life.

So, instead of feeling as if I am treading water, I now feel like I’m swimming upstream. This must be what people mean when they say things are going “swimmingly” (um, well, not exactly, but it’s as close as you are going to get in start-up life). Believe it or not, after saying for 6 weeks in a row that I could not get together with the other ed tech companies because I had to teach a class/ fly to Ohio/ fly to Denver , I actually even went to a party this weekend and had my very first Piscola . (If you like rum and coke, which I do, you’ll like it).

Expect to see great things from us in the next few months.

There’s no swimming in Forgotten Trail but you can canoe down a river. Runs on Mac, Windows and Chromebook computers. Get it for under five bucks. 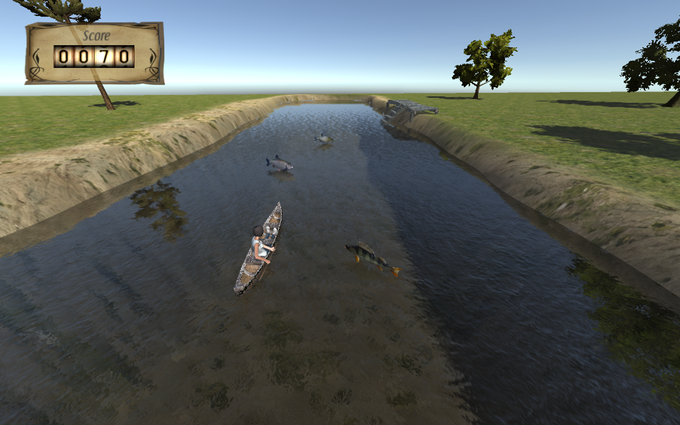