Skip to content
Home » Blogs » 7GenGames » Throwback Thursday: Thank God I Did Sports Now That I Run a Startup

Going through our archives, we came across this great post by Dr. AnnMaria De Mars from April 5, 2016 “Thank God I Did Sports Now That I Run a Startup” that we wanted to share in case you missed it the first time around.

I spent 14 years of my life competing in judo. For years, I trained two or three times a day, running in the morning, lifting weights during my lunch hour and judo in the evening. I used up all of my spare cash, vacation time, sick leave and a lot of money donated by Bruce Toups and Frank Fullerton (THANK YOU!!!)

Was it worth it? I mean, seriously, what good does it do me to have a dozen ways to do an arm bar and a couple of effective throws? I’m not as young as I was and I can’t do the techniques as strong or fast as I once did.

Honestly, what difference does it make if I won some gold medals?

The answer is that it was absolutely worth it and it does have something to do with the medals.

I run a start-up, 7 Generation Games. We do good work, making games that teach math, social studies, English and Spanish.

Running a start-up is so much like training for international judo competition that it makes me smile just to think about it. Let me give you a few parallels.

I feel a lot of those same feelings from my competition days lately. We have one game that we have been working on for a year but we haven’t been able to all work on it full time because we had commitments to meet on our existing games, data we had promised schools, etc. It’s a constant race to get products out on the market and sales in before we run out of money. Once we get a new game out, it’s the same race at a higher level (see #3).

Lately, when we are so close to getting our next game out, but we have work we need to do and bills we need to pay … it’s easy to get discouraged, want to give up and go back to a safe 9-5 job. That’s when I smile and remember that 40 years ago, I decided to do judo instead of being an accountant and it’s a little late to turn back now.

Check out our games Spirit Lake and Fish Lake here 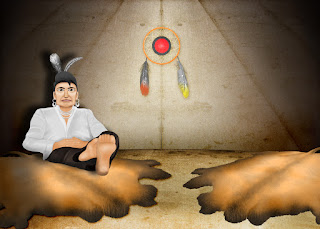