One of our first investors told me,

“The one guarantee I can make about a startup is that the company you end up with is not going to be what you envisioned when you started out.”

Wise man, as evidenced by the fact that he invested in two of our our seed rounds. He’s right, too. In fact, when I first had the idea for what became 7 Generation Games, I wanted to create online courses in remedial math for tribal colleges. I spoke to a few tribal council members and college board members and they all said the same thing, that they wanted something to intervene earlier than college, so I pivoted to the idea of educational games.

We’re not a unicorn – yet – but we’re still here

Nothing is definite when you found a startup. Not even dates.

When people ask me when 7 Generation Games began, it’s hard to say. In August, 2011, I finally submitted a proposal to USDA for this idea I’d had for a long time about making adventure games to teach math. The games would be integrated with a historical story line, so two subjects in one. Bang for your buck. Also, we could get representation of groups that aren’t covered sufficiently in history, like specific Native American tribes. In June, 2012 we received funding and pulled together a team to work on it part time. Those dates turned out to be useful when two years ago someone came out of the woodwork and tried to claim we stole their idea that they’d been working on since 2014. (Exit annoying scammer stage left.)

Phase I: The Side Hustle 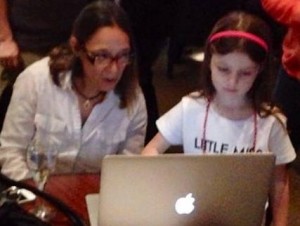 From 2012 to 2015, the startup was definitely a side hustle for all three of us co-founders. We were building and testing a prototype. Some investors talk about getting paying customers as soon as possible. That’s a nice idea but their “soon” and mine are different. I couldn’t see charging customers for a product that was full of bugs and untested in the classroom. Maybe that’s why we had zero funding from investors the first three years. Dennis and I wrote all of the code. He did the Unity 3D programming with C#, I did all the HTML/ JavaScript / SQL and PHP creating the educational content and for collecting the data. Maria did all of the marketing and worked on the story line. She would eventually take over the story line for most of our games. We contracted with an artist, Justin Flores, and an animator, Danny Ochoa and that was our whole team.

Maybe it’s from our outgrowth of a company founded on the Spirit Lake Nation, where sustainable growth was part of the culture. Maybe it’s because we were a company with two Latina co-founders, two co-founders over 50 and focusing on the Native American market. Whatever the reason, our first three years, funding came from a Small Business Innovation Research grant from the U.S. Department of Agriculture and our own funds.

Maria Burns Ortiz, our CEO, co-authored a New York Times best-seller, My Fight/ Your Fight. The royalties from that enabled her to quit her day job as a sports journalist and go all in with 7 Generation Games.

As for me, I was spending most of my time as president of The Julia Group, doing customized software for a range of clients, mostly focused on data analysis. It was pretty standard – create online data entry forms, write scripts to connect the forms to a database, analyze the data and submit a report. Rinse and repeat. It was interesting work with nice people and I probably could have continued it indefinitely. As one customer said, “We’re going to keep renewing your contract until you quit or die.” Well, in 2015, I quit taking new customers and gradually scaled that back and 7 Generation Games up. I still do some consulting, but now that’s my side hustle.

Dennis De Mars, our third co-founder, had been working for Hughes, later Raytheon as his division was acquired. He’d also done all right with some investments. He retired from Raytheon and became our CTO.

All told, it was about three years when we started working on our first prototype to 2015 when all in one year we quit our jobs, hired full-time employees, incorporated and entered an accelerator program – the Boom Startup Ed Tech cohort. Boom was a very different program then than it is now, but I’m the last person in the world to criticize that.

So, what made us make that leap? I’d say that’s what I would accurately call the “accelerator phase” of our story. Coming up next.