Going through our archives, we came across this great post from January 27, 2012  “Business Ideas Sparked By Twitter” that we wanted to share in case you missed it the first time around. 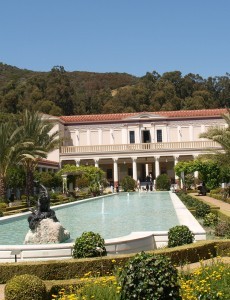 I live just south of Malibu, a city filled with the type of houses God would have built if he only he’d had enough money. Often, I’ll take the afternoon off and go hiking in the Santa Monica mountains, peeking into the backyards, tennis courts and golfing greens of the rich and richer. One thing they all have in common – no one is home. They are all at the office, I suppose, getting richer, while the multi-million dollar views are enjoyed by me. Oddly, perhaps, I’ve never had the slightest inclination to change the way I do business so I could change places with them.

One comment I received on twitter recently was that I obviously don’t understand business, because I questioned why no one makes a computer or phone in America.

I just bought both a new iPhone and a new iMac. If I’d had the option to buy one made in America, even if it was 20% more, I would have done it. I don’t like the idea that people are producing what I use in conditions we would not allow in this country.

Years ago, I was working at a company I had co- founded. We had hired a new person right out of his Ph.D. program and he kept coming up with ideas for research that would get shot down at our staff meetings. The marketing director or president would object,

“This is a for-profit company. How are we going to make money on that?”

Finally, he nodded knowingly and said,

“Okay, I get it, we do anything that makes money.”

One of my partners corrected him and said,

“No, everything we do makes money. We don’t do anything that makes money. There’s a difference. We went into on-line education and sold courses for caregivers of people with chronic illness to make money.  It also provided better health care and helped people get training to get jobs they needed. We would not have done a marketing program for tobacco products because that would have made the community better, not worse.”

We’ve never out-sourced work. We’ve had a ton of offers. I’m on my third company. 2012 will be my 27th straight year of profits. I don’t have a house like Getty’s Villa. Of course, neither does he, because he’s dead. 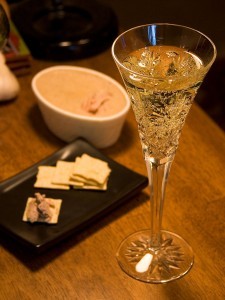 At some point, you decide what type of company you want to be. The same partner and I had this discussion while drinking champagne in Union Station.  We’d just hit a million dollars in sales. He said,

“If I could go back to myself as a little boy on the reservation and say, forty years from now, you’ll have a doctorate, you’ll be in Washington, D.C., president of a million-dollar company, waiting to go have your picture taken with your senator on Capitol Hill – there’s no way I would have believed it.”

Neither my two partners nor I, given how far we had come in life, could see any sense in out-sourcing work to some other country rather than paying people on the reservation $50,000 a year, just so we could live better. From where we sat in Union Station, it seemed that we were already living pretty damn good.

So, no, I don’t do anything that makes money, although everything I do makes money.

The next thing that came up on twitter, and often face to face, is people telling me that I don’t charge enough in consulting fees. I’m not even shy about it. I charge $100 an hour. There, I said it. For volume discounts (which is the ONLY kind of discount I give) I charge $75 an hour. If I have to wear a suit or leave my house, I charge extra. A LOT extra.

I hate those websites and services that are all coy about what they charge. “Call for quote.” Actually, don’t call for a quote. I don’t mean to be rude or ungrateful but I’m booked. I have a new research assistant coming in the morning. I have added someone to help with editing. I have another person helping with research in North Dakota. We have a couple of bids under review and if those get funded, we’ll add four more people – I already have them lined up. At the moment, my next available time is in May.

People tell me that proves I should charge more. Maybe. On the other hand, I have had many clients for ten years or more. Except for the two contracts I signed last week, all of our clients have been with us for at least three years. Yes, I know lots of consultants who charge lots more. I also know that I am charging the most some of my current clients can pay. It wouldn’t be right to charge clients from large organizations much more than I charge say, a small vocational rehabilitation project.

A lot of those people who brag to me about how much they make spend a good bit of their time preparing bids, attending events to schmooze with customers.  Figuring in the time that those other people spend chasing business, their effective consulting rate is probably about half what they actually get paid. Running down the projects posted on the white board in my office, I can see that every single one came to us in the same way – they called me, we had a discussion, they signed a contract. When the economy went south a few years ago, I didn’t lose a single client.

I submitted a couple of proposals in the last six months because it was work I really, really wanted to do and I think it is really important. That is more important to me than money. (Of course, only someone whose bills are already paid can say that.)

Here’s another thing about charging a reasonable (my colleagues say less than reasonable) rate – you can choose to work with good people. I used to say that if you were a jerk there was up to a 100% surcharge for putting up with you. People used to think I was joking, but I wasn’t. Now, I don’t work with the jerks at any price. Life is too short.

One last thing from twitter – about hiring preferences, discrimination, women in tech, Latinos in tech, Native Americans in tech – whatever. Lot of tweets on that. The three people who I hired lately to pick up some slack are two Latinas and one Native American. Those are people I know. The other four people I have bid in the proposals under review are two Native Americans and two Latinos.

In Clay Shirky’s “Rant about Women” that I also was referred to from twitter, he gives examples of men who basically lie themselves into a position claiming expertise they don’t have. It is, unfortunately, not that uncommon in my experience. That is exactly what I DON’T want and why I tend to hire people who come with personal references.

Not everyone   who works with me is Latino, though. The rocket scientist retired and now he is picking up some of the programming and web development responsibilities. So, you can get hired here if you are white. You just need to sleep with me.

The last thing I see a lot on twitter is the lamenting all of the “time wasted” on twitter. Who says so? Who says it’s wasted? If in an average couple of days I can see tweets that have me thinking about our business philosophy, pricing and hiring, who is to say that’s a waste? Maybe not

One thought on “Throwback Thursday: Business Ideas Sparked By Twitter”