Skip to content
Home » Blogs » 7GenGames » Throwback Thursday: How Do You Create Your Characters?

Going through our archives (but not too far back), we came across this great post from March 26, 2015, “How Do You Create Your Characters?” that we wanted to share in case you missed it the first time around.

e get this question a lot and it is actually not a simple answer. One character we plan on using in Forgotten Trail was intended for Fish Lake but we were told by some administrators in no uncertain terms that physical violence between characters in a game for children was unacceptable. So, we have moved the character into our next game. We made the character by combining my daughter, Ronda, and Erich Longie’s daughter, Angie. 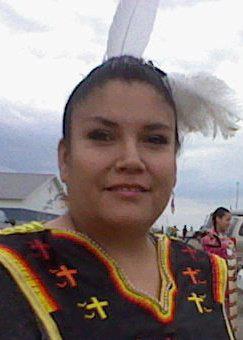 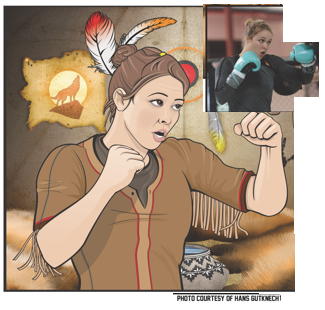 That’s a picture of Angie when she was dancing at a pow-wow, which is why she is dressed like that. I just thought it was a really pretty picture. As someone pointed out today, the picture in the game should have black hair and darker skin. In the actual scene she isn’t going to be fighting a man, either. I got this idea from a story Erich Longie told me about how before the Europeans brought horses to America, dogs were used for transportation and that women were the ones who owned the dogs. He said that before they used the travois for horses, they used one for dogs. In the middle of the lecture he was giving me on transportation, he mentioned that sometimes women got into fights over the dogs and how Native American women were tough then and they are tough now. 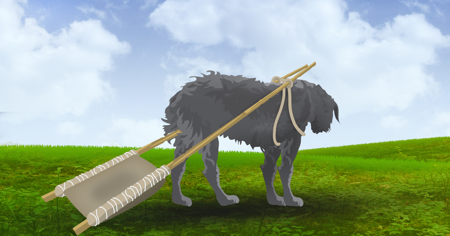 So … that’s where that character came from. Neither Ronda or Angie ever back down from a confrontation in real life. The drawing above is not the final character for the game. She is a first draft. We usually go through a couple of tries. She also doesn’t have a name yet.

She is going to be one of the people you meet in flash backs and she is NOT Ojibwe, she is Dakota.

This idea came from a very helpful person we met through twitter, and then had the god luck to meet in person a couple of times after that, Talon Longstar. He pointed out that there are hundreds of tribes in North America and even though it is impossible to do a game about every one of them, it would be possible to do a game where you met people from different tribes, either because like the Dakotas, you traveled around, or through video clips, where, for example, you pick up a knife and then you learn about where that knife came from, who made it, who used it. This is a pretty common method in a lot of games. Talon said when he was a kid if he had played a game that had even a little bit about his tribe in it, he would have been super excited. He said, hey, I’d be excited now and I’m an adult. I loved his idea and told him right away that I was going to steal it.

Sometimes, I see a scene and it reminds me of something else, and then I start thinking about what would happen, just like this, which is part of our thank you poster for this game.

So here are Ronda and Julia at the gym, doing situps while wrapping their hands. I got to thinking about the times in life when you have an older relative giving you advice. Sometimes you pay more attention to that sibling or cousin that is just a bit older than you than you do to your parents.

So, in the game is this same scene with two of the game characters sitting on a hill in

this same position, while one gives advice on how to get through the challenges in the valley below. It seemed to me a lot cooler way to do it than just having a screen pop up and say, “Use the space bar to jump. Keep track of your food and go hunting when it gets below a two-day supply.”

The clothes for the modern-day female character in Forgotten Trail came from a picture of Julia. The haircut she has was one I saw on two girls at Spirit Lake and Turtle Mountain.

As for the male character, Sam – well, that is for another post. There is a story behind him but I’m not sure I want to share all of it.