Skip to content
Home » Blogs » 7GenGames » Throwback Thursday: Learning From The Mistakes Of Others

Going through our archives, we came across this great post from January 19, 2012 “Learning From The Mistakes of Others” that we wanted to share in case you missed it the first time around.

Three times within a very short period I have seen technology offerings that I thought were an epic fail. In one case I was a beta tester, in one, a regular user and in the third a personal friend of the founder. All of them, I thought, had brilliant ideas that fit a real need in the market. In every case, I was disappointed because I really, really wanted them to succeed. All three products had the potential to help people, and ended up falling far short. 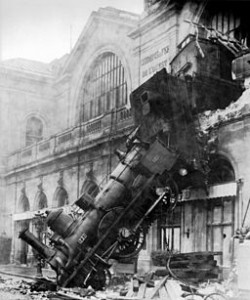 We’re working on a new product in our company right now so I have the utmost sympathy for the brains and laboring into the wee hours of the morning required to get anything to market. I’m also aware that the best-laid plans of the smartest people can go awry and one reason I’m not pointing fingers and calling people out is that I don’t want to eat those words a year or so from now when we have our roll out.

Instead, I’m trying to follow my grandmother’s advice. She told me everyone has to learn from mistakes and learning from the mistakes other people make is a lot less painful than having to make every mistake yourself. (It was something like that, but there was some Spanish mixed in there and I am pretty sure she was whacking me as she said it.)

In all three cases, I think the problem was they released a product without being ready for prime-time. In one case, the reason was the founder needed money and didn’t want to wait to start earning an income, any income. In another case, the company seemed to be trying to beat a competitor to market (I am also a beta tester for the competitor) and I’m not sure about the third.

Lesson learned 1: If your product isn’t ready, beating a competitor doesn’t do you any good. Yes, the company got a lot of press as the first, but most of the people who tried it will be unimpressed. There were a lot of features missing that would have been included if they had taken more time.  This brings me to …

Lesson learned 2: Know what’s a feature and what’s a frill. I hear the mantra of “fail fast” and “just ship”.  That’s a “p” at the end of that “just ship” , not a  “t” ! It’s probably okay to release your product without world-class graphics (for most products, anyway). You can make your website prettier later. Then, there are the corners you can’t cut, like documentation that explains how the thing works. If links to pay with a credit card are broken then no one pays you and that is bad.

Lesson learned 3: Plan for the 20%. You know that old saying that 80% of your business comes from 20% of your customers? It’s probably also true that 20% of your customers will account for 80% of your features. With all three products, it was obvious that there were hooks in for what was to be done “later”. Who will notice we don’t have lesson 20 done the first week? Who will click on every link on our site? Who will be using this at 3 a.m. ?How likely is it that 300,000 people will try to access our server at once the first week? How many people will try a mixed model with nested effects?

I’ll be the first to admit that I’m not the typical user of technology. I remember when I worked at USC, when we would get a new version of SAS or SPSS or JMP or Windows 7 or an iPad or Chrome, there were a couple of my co-workers and I who would immediately say, “Let’s try to break it!” We’d see what would happen if we opened a data set with 2,000,000 records or 67 browser windows at once or imported an Excel dataset written in Korean. Yeah, we’re a bunch of weirdos. I learned two related lessons from that, though.  First, any feature you claim to have, someone will try it, and the very limits you claim. Second, those people are probably far more likely to buy your product because they are the ones enthusiastic about technology.

Putting it all together – I am far more impressed with the company that has not come out with its product yet. It may suck in the end. It may be worse than the ones that rushed to market, who knows? Right now, though, they at least get points from me for not having made the mistake of rolling out a product that “could be amazing” but falls short.   I’m also reinforced in the path we have been taking for the past several months doing a lot of consulting work to pay the bills that affords us to take the time we need for research and development. In the end, I’m twice as determined that anything we release will be tried and tested before it sees the light of day on any of our client’s computers. That isn’t to say that we won’t be putting some little bits and pieces here and there, like a free game on the app store, but they will be exactly what they are advertised to be –  a little bit of something that does some small thing amusingly well. That’s my main take-away point – be everything you advertise yourself to be NOW, on the day you release, not six weeks or six months later.

It reminded me of a comment I once overheard a coach make to an athlete who wanted to be paid to train so he could win some event. Steve told him,

“We don’t pay for potential in this country. No one pays you for what you are going to be able to do. We care about what you are capable of doing right now.”

So, right now being 3 a.m., I’m going to get some sleep before my 10 a.m. conference call, do some work to pay the bills and then return to my going back and forth between working on this design and coding to make it happen.