Skip to content
Home » Blogs » 7GenGames » Throwback Thursday: Will It Matter In 2026?

Going through our archives, we came across this great post from September 20, 2014 “Will It Matter in 2026?” that we wanted to share in case you missed it the first time around.

I doubt I’ll ever do this but it’s an interesting thought ….

You hear about people writing letters to their younger selves giving advice, or finding a diary from 15 or 20 years ago and marveling about how much their lives have changed. I was thinking the next time I get really upset about something, I should write a letter to myself to be opened 12 years from now.

The reason I’m pretty sure I will never do this is that every time I think of it, I realize how stupid it is to think that whatever I’m stressing about today will matter in 2026. 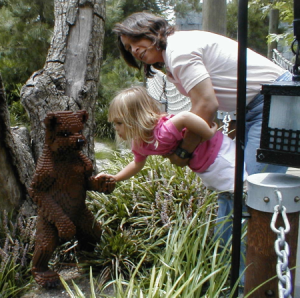 I have no idea what I was worried about that day, but I’m sure it was something. Maybe I was worried about paying for New York University, where Maria was in her first year. Didn’t do the least bit of good to worry and I paid off the last of the parent loans last year.

Maybe I was worried about Ronda winning some tournament – in fact, I’m pretty sure that we were at Legoland that day because Ronda was competing in a tournament in San Diego.

Maybe I was worried about how Jennifer was doing academically, since it looked as if she might not even graduate high school – and she didn’t. She quit high school, went into college early and ended up with a masters from USC.

This isn’t to say there haven’t been some bumps in the road over the past 13 years, or the past 30, for that matter. My point is simply that the things I really worried about some days – whether I got a particular contract, a specific client whose name I have completely forgotten acted like an ass, some mother of some kid I will never see again said something rude about one of my children – the exact type of stuff most people worry about most of the time – would have me shaking my head today.

So, that is my brilliant advice today to me and to you. When you find yourself all bent out of shape about something, think about sitting down and writing a letter to yourself 12 years in the future explaining how you are beating yourself up today because you were worried that you didn’t get the XQD contract – which you ended up getting – or that you ran into the CEO the one day you decided to take advantage of casual Friday and wear jeans to the office.

I’ll bet you don’t do it because as soon as you sit down to take pen to paper you’ll realize how stupid this will sound to yourself in 2026 and you’ll quit worrying about it.