Skip to content
Home » Blogs » 7GenGames » The Digital Divide: Creating Technology For The Millions In America That Have No Internet Access 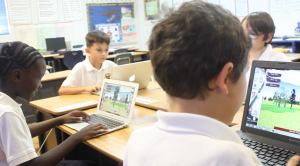 The subject came to the forefront again recently after an article in USA Today, that summed up an argument we frequently make. The piece by Greg Toppo talked about the shift in the digital divide being from the “haves and have nots” to:

[The divide] is between the fully-connected — people who enjoy multi-device home broadband and Wi-Fi— and the not-quite-fully-connected, who don’t.

But researchers now say many low-income families are “under-connected.”…It’s that many also experience poor service or interruptions: about half say their Internet access is too slow, and one quarter say too many people share the same computer.

In other words, not all Internet is created equal.
The reality is there is still a sizable number of people in this nation that accesses the Internet via dial up – which tends to come as a shock to those who have long forgotten the buzz-and-shhhhh of a dial up connection, the little AOL man moving across the screen. In fact, 9% of families living below the poverty line access the web via dial up. A third of families below the poverty line only have access to the web via mobile devices. Another 8% of America’s poor have no access to the Internet. This means that more than half of the 45 million people living below the poverty line in the country have limited Internet access – at best. And in a lot of the communities where we started working, the communities where we are testing our games, the vast majority of the students come from homes in that 45 million.

Geographic location also plays a part. At a career day last week at a school in Southern California, I was discussing how our two upcoming games will be available as browser-playable versions. The principal said how great that would be for his urban school. We hear that from urban and suburban schools time and again, but rural schools were different. This principal knows that we work with a lot of low-income rural schools and mentioned that they should be able to get funding for high-speed Internet, just like this Title I school. And he’s right – there is funding available, but even with the money, the technical infrastructure to get many of these rural schools high-speed access does not exist.

As we noted in a recent grant, in 2014, the chair of the FFC, which oversees things like telecommunications in this country, said that 41% of rural schools “couldn’t get a high-speed connection if they tried.” You know in those cellphone commercials when they show the maps of all the places they cover and there are always a few white spots no matter which carrier it is? Those spots are where several of our beta sites are located. 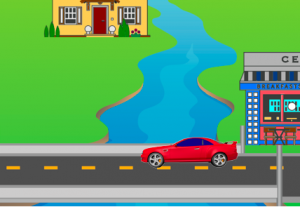 The power of educational technology to have a transformative impact is huge – and we want all kids to have access to our games. That’s why our first two games have been developed as desktop installs. It’s why even though we are now transitioning into building cloud-hosted versions of our games, we will continue to explore ways that rural and low-income communities can have equal access to our games – even if that means we have to create an installable version of our games for those schools.

At 7 Generation Games, we recognize the digital divide not only exists, but persists. And we’re working every day to try to build a bridges into our games so that students on either side can access them.