Going through our archives, we came across this great post from November 19th, 2014 “The Best Time is Wasted ” that we wanted to share in case you missed it the first time around.

I’ve been busy my whole life. Right now, I’m finishing the last week of a course I’m teaching on biostatistics, writing a lecture for a course on multivariate statistics that starts next week, fixing bugs in our next game, Fish Lake, working on a new project for free resources for teachers, and working on a final grant report. Writing this, I just remembered a couple of things I needed to do. 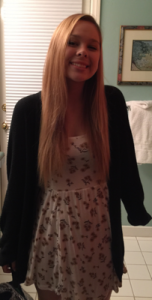 Driving 90 miles to take The Spoiled One back to school and then turning right around and driving 90 miles home seemed like a waste of time that I did not have. The Invisible Developer pointed out that he had work to do also on the spear fishing part of the game and that he had picked her up on Friday.

So … away we went, and since she recently got her learner’s permit, The Spoiled One drove on the freeway for the first time. This was interesting in itself, since the 101 regularly makes the list of 10 most congested freeways in America.

Not only did she get nearly two hours of practice in driving, but I also got filled in on all of the latest news on her soccer team, college fairs, the campuses she was interested in visiting and life in general. If your child is 16 and still talks to you in a civil tone for two hours straight, count yourself among a lucky minority of parents.

Having raised four daughters, I know whereof I speak.

When we got to the school, she immediately began complaining (she’s not called The Spoiled One for nothing).  According to her, she is living in “hell”.  (See picture below for what hell looks like. It is surprisingly more scenic than I had imagined.)

What is so infernal about her school, I asked. They make her study. Even on Sundays. There is a study hall from 7 to 9 pm and she has to walk across the yard to get to the building. Yes, like prison.

Just as she was telling me this, I saw something in front of her dorm. It was a deer! I said we should go take pictures of it and she said we’d never be able to get close enough, and besides we were wasting time. She had to get to study hall and put away her clothes and books in her dorm room. Besides, her religion teacher had told the students to stay away from the deer because coyotes track them and students who got too close could get attacked by coyotes. (You would think a nun wouldn’t just go around making shit up, now wouldn’t you? Having spent a good bit of the last twenty-five years in North Dakota, I’m justifiably skeptical of the deer-coyote-mauled prep school student triumvirate.)

Just then, the deer walked through the gate on to the baseball field and I spotted a second one in there. So, we sneaked up on them and took pictures.

That’s when it occurred to me that sometimes the best use of my time is to “waste it”. Really, what better way to spend my time than talking to my daughter and watching deer grazing as the sun sets in the mountains.

But now, I really do need to finish that lecture.

If you want to see what I’m wasting my time on the rest of the time, check out 7 Generation Games